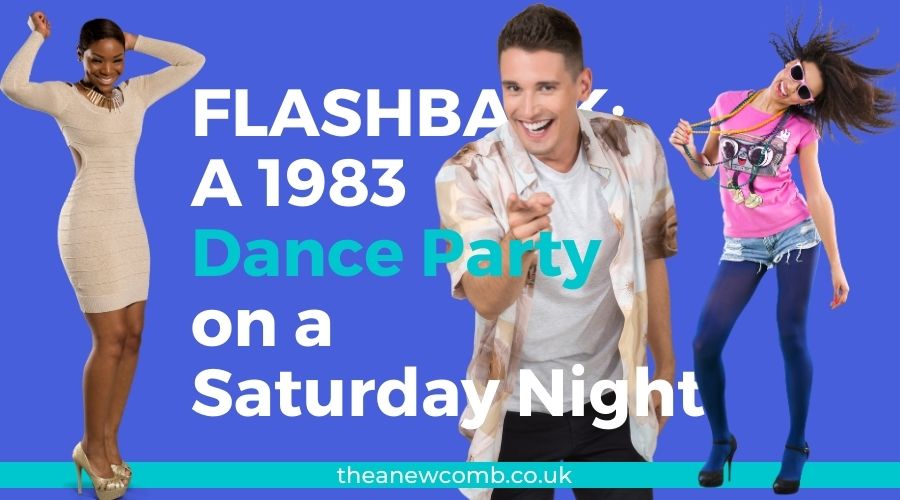 Well you know how it is,…You have something really important that you need to do — maybe write a report, prepare a presentation, update your mileage document for your accountant, invoice a client,…but instead you go onto YouTube. Big mistake. This is my story of what happened a short time ago…

When I should’ve been working on my Linkedin talk for next week’s New Start Scotland Exhibition, I decided to look up a track “Runaway” by an obscure band 1,2,3. Unless you’re of a certain age, and grew up on watching MV3 every night at 5pm, you probably don’t know it. In fact, even if you did those things, you still probably wouldn’t know it. But someone out there did, thankfully, and uploaded this sort of random, mismatched video to YouTube which I happily watched.

Playing this tonight, while making dinner, was like reconnecting with “an old friend” – thirty years later…It was nostalgic, comforting, familiar and a happy memory of a simpler time. Back to a time when I used to go dancing every weekend at Mothers in San Jose or Stargaze in Fremont. A time when every day was spent listening to the Quake (KQAK).

I thought this was effectively a nobody-band, but thanks to Wikipedia, I just learned a lot…Like the fact that it was produced and recorded by Bobby Orlando. Not a name I recognized at first, but boy do I know his work...”West End Girls” anyone? Or how about the Flirts “Jukebox (Don’t Put Another Dime)” (on the Valley Girl OST incidentally). I am happy to report I’ve got this 12″ single back in California in my dusty vinyl collection. (You may be too young to understand what that actually is, and if you are, I feel bad for you right now young’un).

Well, once I heard that 1,2,3 track, then I decided to try to find some other random gems from circa 1983…and found this one! Some more fond memories of dancing around to this one back in the day (and again earlier this evening) followed.

Once again I’ve just learned that Language was a band centered around a Glaswegian Steve Hale. (Isn’t the Web an amazing thing?) Who knew?

Anyway I still, to this day, have this 12″ single in back in California too…

So after those two crackin’ tracks, I wondered where else to go on my magical musical tour of 1983, and next it had to be this German track with, yet another, Scottish connection…

Robert Görl – “Darling Don’t Leave Me” featured none other than Annie Lennox on backing vocals. What an absolute sublime song (and video for that matter) this is!

Incidentally, I can’t remember if I have the 12″, but I definitely have the whole album from ole Robert…

What next? Well, I had to search for Debbie Deb. At that point, I had to make a tough decision – namely to choose “When I Hear Music” or “Lookout Weekend” – both were fantastic tracks. Debbie Deb’s story on WikiP did make me a little sad, to be honest, as I think she should be a millionaire for those two tracks alone.

As it’s the weekend we’ll go with that one, besides the video (though not “official”) is kinda fun in an ‘Electric Boogaloo’ sort of way. Not sure why it’s only two minutes of the track, and cuts off in an excruciating fashion (maybe that’s all the kid had to do for his assignment), but it’s a belter none-the-less.

So I have another five videos stored in my Spundge 80s Dance Party notebook, ready to throw out into the mix, but too much of a good thing can actually be a bad thing.

Maybe I can continue with another five videos next weekend….We’ll see.

In any event, I will leave you with one more random synth-tastic track…Blue Zoo (Blue who?).

Wow that was so good to hear that one again, and their other one that I’d totally forgotten about – “Love Moves in Strange Ways” (and it does). That song used to end up on my 80s compilations a lot. Well, now that I am having some serious flashbacks from this dance down memory lane, I’d better call it day, or rather a night… 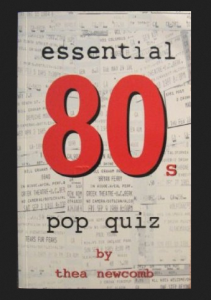 So if you’re from that era, and love your 80s music (or you know someone who is and does) – I’ve got a few (hundred) copies of my 80s music trivia book for sale for 6.00 GBP (Appx $10.00 – FREE SHIPPING). Written exactly 15 years ago now, they gotta be collector’s items at this point, and they might be a good Christmas gift for the music freak in your life.