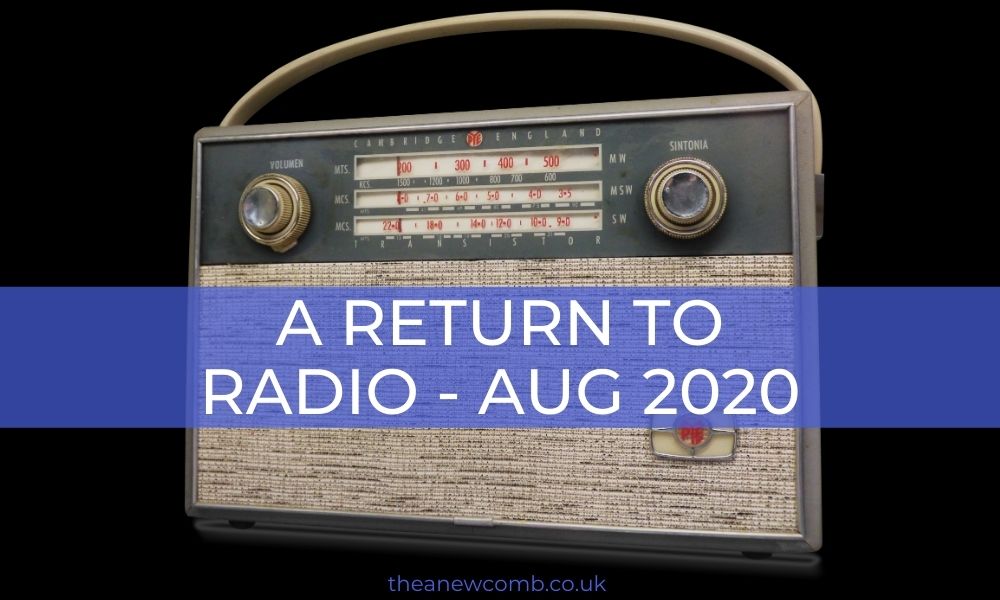 Back on Air – A Return to Radio

A bit of an announcement for you today – August will see a return to radio. It’s been a while since I have had the pleasure of doing any radio shows. The last ones I did were for Glasgow’s Celtic Music Radio. It’s been a handful since I was in the Radio Six International studios. When I got in to the studio to record the first show it was like no time had passed. The technology was slightly different as we’re now using cartwall in their but other than that it was a sort of homecoming.

You can stream via the radiosix.com website but honestly I would suggest by-passing the site and download the Tunein App instead. You can also apparently listen by asking your smart speaker to play it. I did it yesterday – “Alexa play radio six international” and low and behold she did! I’m not sure if that works globally or not but you can let me know in the comments if you like.a

Compiling a Playlist is Not So Easy

Well I’ll be honest with you…if it wasn’t for my friend Marco I’d be completely out of touch musically. Each month, he sends along his pick of tunes. They monthly emails are always filled with tracks I grow to love. Not all of them, mind, but most of them. For years I’ve relied on his ear to the ground rather than my own. So in a way I feel like the August 2020 series show producing credit should go to him.

Also I find I have listened to music a little less this year given I am not driving anywhere really. It’s usually in the car when I am listening to radio or the songs on my phone.

This return to radio may just be a one off or maybe I’ll do another series or two before the end of the year. We’ll see.

It takes a lot of effort. Every one hour show takes about four or five to research and produce.

When I am on the air though, it all just feels worth it.

In case you missed the memo, SYBD has had a fresh relaunch – starting from scratch. So on soyouvebeendumped.com is a brand new site, blog and forum. There’s even a brand new, updated logo (this time the cars a convertible! See clip below)

Do please pop on by yourself – or send along anyone you know who’s struggling due to a breakup. Follow sybdstories on instagram.

Well that’s all. Just a quick update. Will aim to write again in the next week or so

Are you following All Thea’s Things on instagram? If not, please do…

See you next time – Tx