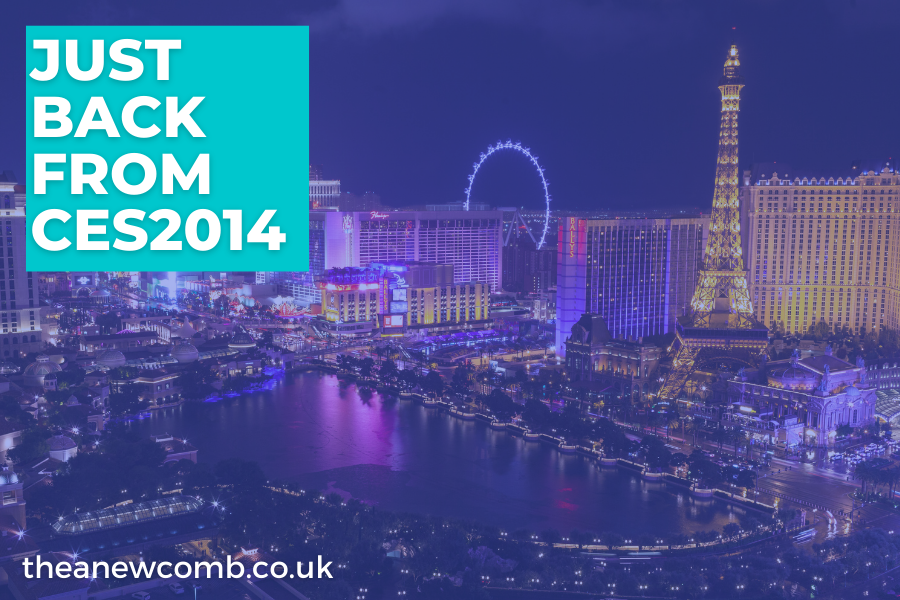 Last night, I arrived back to Silicon Valley after four, exhausting days in Las Vegas for the Consumer Electronics Show 2014 (aka CES2014). It was a last minute decision to attend with a few friends who were working the conference. As I said in my last blog – it was on my “bucket list” to attend CES one day.

Before leaving, there were a few aims and objectives I had in attending the event. I knew that Marissa Mayer the CEO from Yahoo was giving a keynote.  I wanted to see that. I also learned that Dick Costolo from Twitter (also CEO) was going to be giving a keynote/panel too. So that was on my list.

Of course there are more tablets and smart phones coming to the market (from brands you probably never even heard of yet too). All are trying to find niches, and aiming at different demographics – mainly so they don’t need to go head-to-head with Apple!

Boy oh boy, were there a variety of chargers. I mean we’re talking some that were portable and snap onto the end of your phone/iPod etc (like the PhoneSuit Flex Micro), some were smart cases that could charge your phone while in there (like this PhoneSuit Elite) and others you could place upon or in something like the “smart bowl” (I love that idea! I want one!) Or even ones you can “wind up” – like Eton’s Boost Turbine which came under the “Preparedness” category.

If it wasn’t those gorgeous glossy tellies, they were curved or smart.

TVs continue to get more and more incredible and affordable.

There was every kind of speaker you can imagine.  Wireless balls, sound bars, solar (like the Eton Rukus). Most of the speakers that I saw were Bluetooth. No big surprise there.

Wow, there were a zillion of these too. My favorite that I heard about were the “Smart Buds” at the Intel Keynote..which ties in nicely for the one main theme, I saw, or that interested me anyway were the Wearables.

This year, and no doubt the coming years, appears to be about these wearable devices…

We’ll see ones to monitor our health and our fitness. There will be ranges of glasses, to smart watches to the aforementioned headphones and more.

Well that about sums up this post from Las Vegas CES2014. It was a once in a lifetime, somewhat exhausting experience. I doubt I will ever go back, but then I never say never.