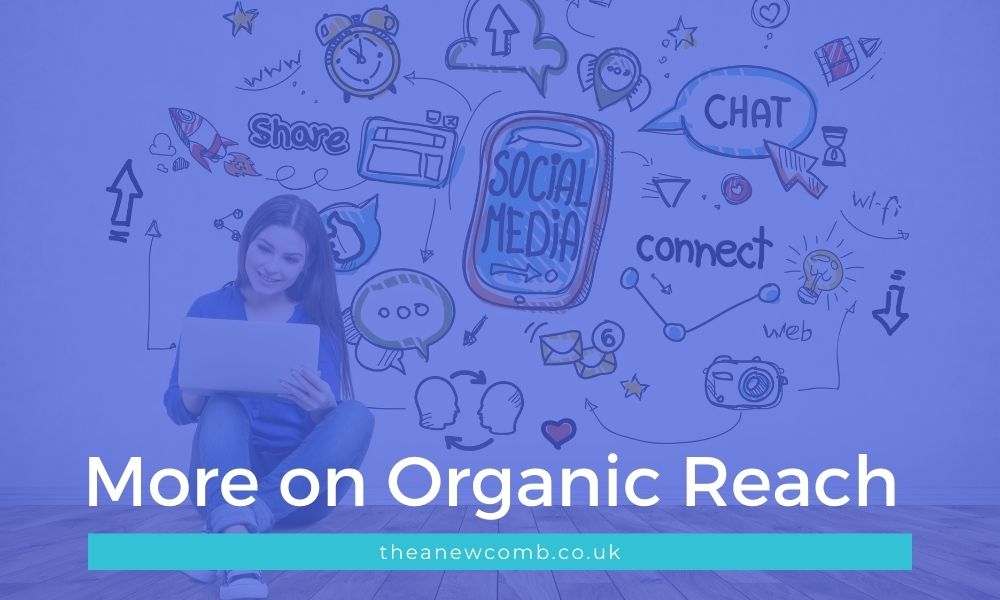 UPDATE 2021: Google Plus Profiles Are No More

A few weeks ago I wrote a blog comparing Organic reach on Facebook vs Google+. As you might imagine, it’s a hot topic for all of us marketing types and business page owners. Since the beginning of the month, I’ve tried to do a variety of tests to see how I could have greater results in terms of reach.

First let’s look at Facebook reach over the course of the month of April 2014. Incidentally, I have just over 330 “fans” on that page at present.

It’s not been that bad really. I continue to post at least once a day – sometimes morning and evening. Most of my “fans” are on later on in the evening – say 9 or 10pm (UK time).

Looking at the graphic, you can see a few other times this month I managed some spikes in organic reach on my posts, but overall, nothing has compared to the Revenge post on Sunday April 6th.

Here is more detailed info on that specific, Revenge post and how it has faired over April on Facebook. 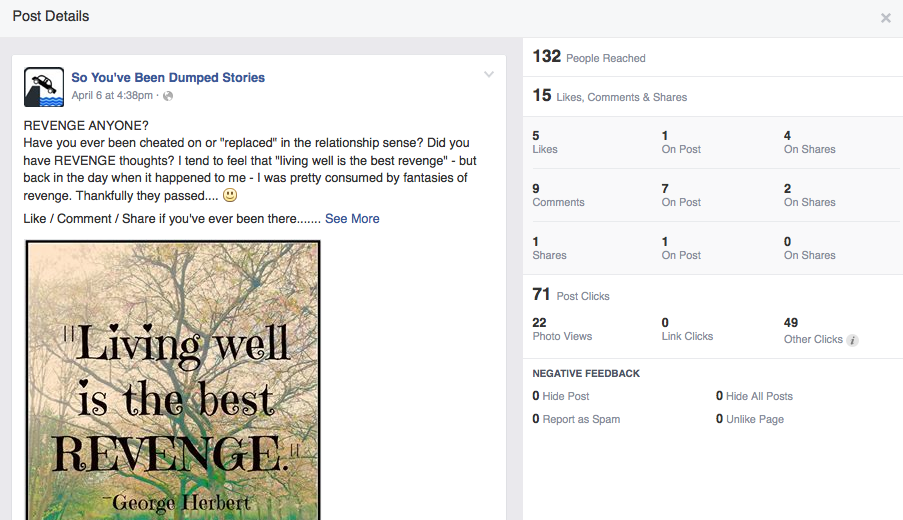 By Facebook standards, at least for this page, it’s had a good response rate. One I am quite happy with to be honest. Nine comments is very good (half of them are my replies though).

So that is Facebook – let’s look at the Revenge post on Google+. What strikes me first is the amount of page views the picture has had on Google Plus. It’s a staggering 106,000. My followers have doubled in April. It continues to get likes/comments etc – daily – pretty much.

The Ripples also tell quite an “engagement” story. The public and private shares have been vast – as you can see (263 shares in total – compared with 1 on Facebook – and that was mine to my own timeline!!) 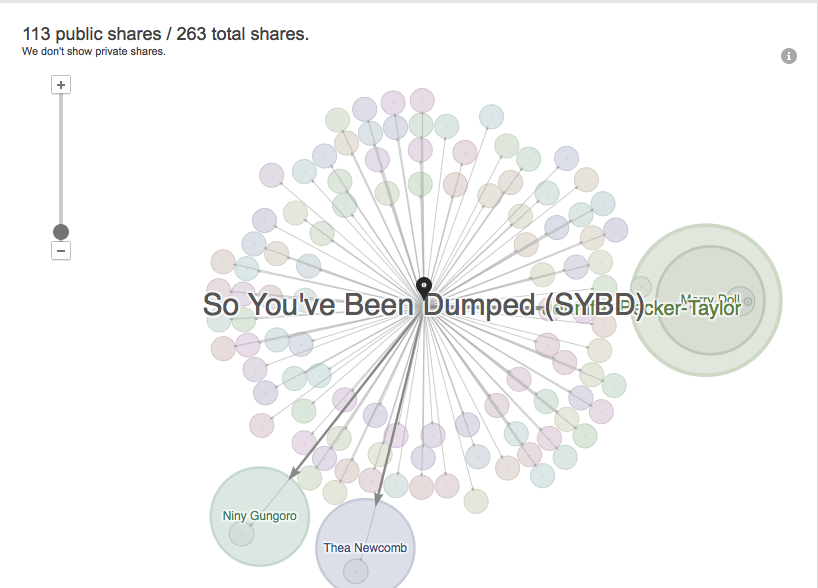 Finally let’s look at the other types of engagement on the post compared to Facebook’s 9 comments…Over fifteen hundred plus ones? 236 comments? “Ghost town” anyone? Hardly.

I am the first one to admit this, in some respects, is a case of quantity over quality. Some of the comments were spammy, pointless, ridiculous – etc.

But regardless, if Google looks to social signals around the web, in particular it’s own “social layer”, then this large quantity of engagement levels (the plus ones, comments and shares) will almost definitely give soyouvebeendumped.com a boost in the right direction. I believe so anyway.

For me personally, this whole experience has made me work harder at trying to create cool engaging content – especially memes – to promote the site on both platforms. I’ve been trying to re-create the magic which, thus far, is not happening. . . YET.

There has been a lot of negative talk about Google+ this week – due to one of its main guys departing Google, but I am still of the opinion that it’s necessary to be there if you run a business where people search Google to find your product or services.

I believe they have invested too much time and energy into the “Platform”, and integrated with all of their services, to have it fade away like some of its predecessors.

As a social media trainer in Glasgow, particularly passionate about Google Plus, I would say that, wouldn’t it? Only time will tell if my bet is right…If you want some Google+ training please call me on 0141 416 1492 – or contact me via any of the social media platforms at the top of this site.

Here are few other relevant links for further reading…

1 thought on “More on Organic Reach – Facebook vs Google+”