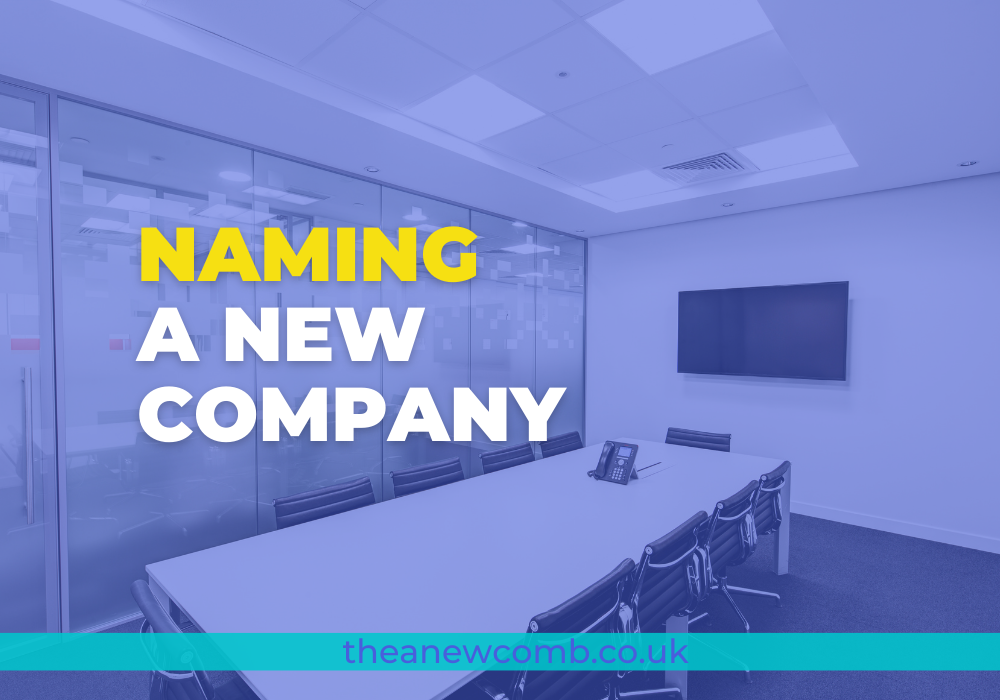 Well it’s been weeks of debating company names, but I think I’ve finally cracked that nut at last! I won’t reveal what it is just yet, but I will say it does sort of embody who I am, and what I stand for – well as much as a word can when it’s made up!

The core of the new business is Basic WordPress Training – geared at people who need a bit of hand holding as they know next-to-nothing about things like domains, hosting and websites.

But there will be other things on a broader level that I can do under the new company’s banner too so it really needed to be an expansive name. I am not sure if I succeeded in that but quite a few people told me the name wasn’t actually that important. Funny, it FELT important to me!

When you’re naming your company – everyone seems to have an opinion on it which in turn can get quite confusing!

My 5 Quick Tips For Naming Your New (Small) Business:

1) think like a searcher
2) write down lots of words and think of the types of things you’ll be doing. Get others to say them out loud (without hearing it)
3) after that – shortlist your contenders
4) check them out in Google to see what comes up when you search (in quotes)
5) for those in the UK, be sure tocheck out the name at Companies House (if you’re in the UK)

You might want to do some Trademark searches while you’re at it – just in case!

Don’t over think it too much once you do. You’ll, no doubt, find people that like your name and people who don’t. That’s to be expected. I am sure when the word “Google” was first mooted as a contender – there were a few detractors. Now it’s a global brand!

Incidentally, my word is apparently one Google had once used, but no longer does…I had no idea about it until I was doing my research after I’d picked it! That can, I guess, be either a positive or negative omen. Time will tell huh?

My word doesn’t actually say what I’ll be doing – as some people feel it should. It just generates a bit of a good, positive feeling inside of me and that’s the main thing.

It’s late on a Sunday night so I shall close but leave you with the following bit of “Wisdom” – enjoy. It does remind me a bit of Wear Sunscreen but that’s no bad thing!

Check out my brand new Links page which has a bunch of awesome creative resources, tools and freebies and more.