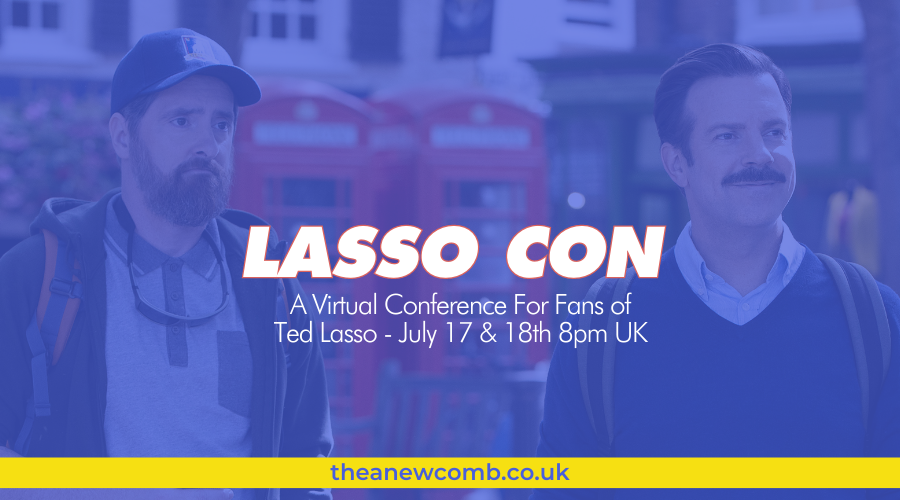 “What is Lasso Con (#Lassocon)?” you may be asking. Today’s quick post will explain what it is and who it’s for. I’ll also highlight a few cool podcasts you should definitely take note of if you’re a Ted Head too.

Anyone who’s spoken to me for longer than ten minutes, in the past eight months, has probably heard me mention that Ted Lasso is now my favourite show of all time. (As such it has knocked the Gilmore Girls into the second spot – ha!) I’m now on my thirteenth viewing of it, I think…

It Started on Clubhouse

I’ve blogged about Clubhouse a few times, and already mentioned that the week I joined the platform, in January, I stumbled across a room called “Ted Lasso is Awesome”. It was run by two cool guys Chris and Tim.

I strolled in towards the end where they were having a bit of a quiz. I could answer some questions and others I couldn’t. On landing in such a room, I felt like I’d found my tribe. Not only did they share my love of Ted Lasso, but they’re both based in the San Francisco Bay Area – where I am originally from. How weird is that?

For six months now, I’ve not missed that Sunday night room once. In the room, a few weeks ago, I casually suggested that we should have a virtual “meet-up” for all the fans around the world. I specifically thought I’d love to chat to the fabulous podcasters who do Ted Lasso podcasts. (I’ll share links to them later).

Chris Yeh then took my wee germ germ of an idea and upgraded the “meet-up” idea into an actual Conference. He then coined it Lasso Con (#lassocon) and we went with it…

The idea of Lasso Con is to spend a few hours with fellow fans the weekend before season two kicks off on July 23rd.

We’re currently thinking it’s two hours each day (subject to change). We will kick off at 12pm PST which is 8pm UK.

It is free and will likely be held on Zoom.

Depending on the level of interest, it will perhaps be streamed live to something else (Youtube or FB?).

We’re still working out the logistics…

In true Ted Lasso spirit, we welcome anyone who’d like to collaborate with us or share ideas.

In addition to the Canva doc, I have created a few socials which you may wish to follow:
1) a Ted Lasso Love Playlist on Youtube (It’s a fairly new playlist but it has some awesome videos with the cast that are worth a view…)
2) A special Ted Lasso Twitter list. (1600 followers and counting!)
3) and the most recent account is for Lasso Con on Twitter

Finally, do feel free to join our weekly Clubhouse room. It kicks off every week at 9pm UK – 12pm Pacific.

A few Dedicated Ted Lasso Podcasts You Must Follow, Now!

Although there have been many podcast episodes that discuss Ted Lasso, I want to specifically highlight these designated Ted Lasso podcasts.
They are in no specific order (as they’re all equally fan-freakin-tastic)… 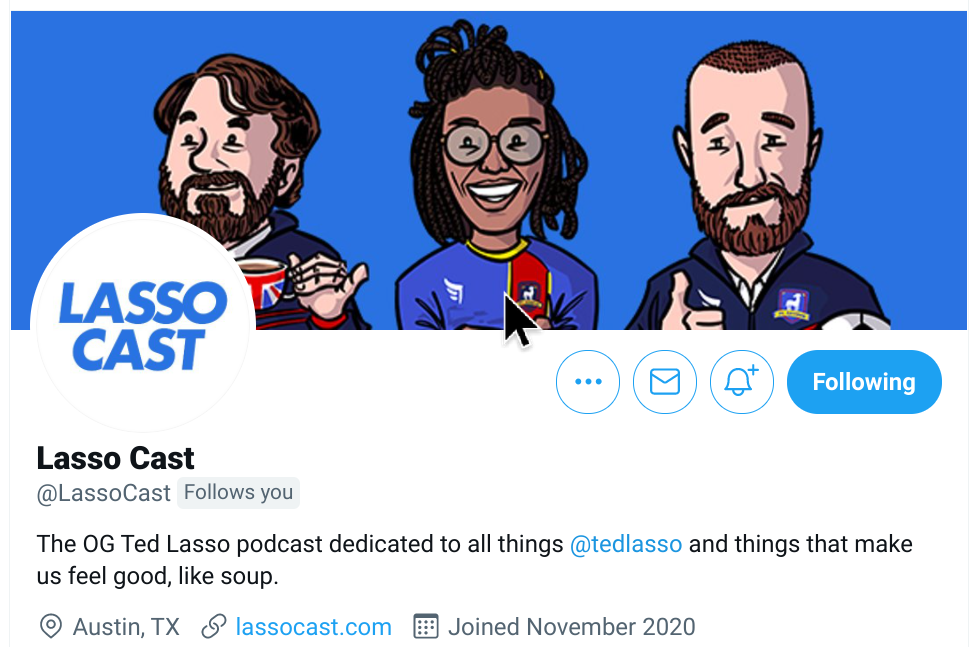 Are You a Ted Head Too?

Hoping to connect to as many Lasso fans, aka Ted Heads, as possible to be able to see your content and share it to my network of fellow Ted lovers.

Get your FREE #LassoCon ticket on Eventbrite. (Event is over but Lasso Con 2 is coming soon).

Before I close, I need to give podcast kudos to my aforementioned Sunday night Clubhouse pals – Chris Yeh (who has a few different pods and is often a guest on other people’s podcasts) and Tim Taylor who has started up his own Father Daughter Dance podcast.

Finally, you may enjoy learning how a Californian like myself ended up in Scotland almost three decades ago. I explain that in my recent post Californian by Birth Scotland by Choice. Until next time, I’m Thea saying “Cya”.