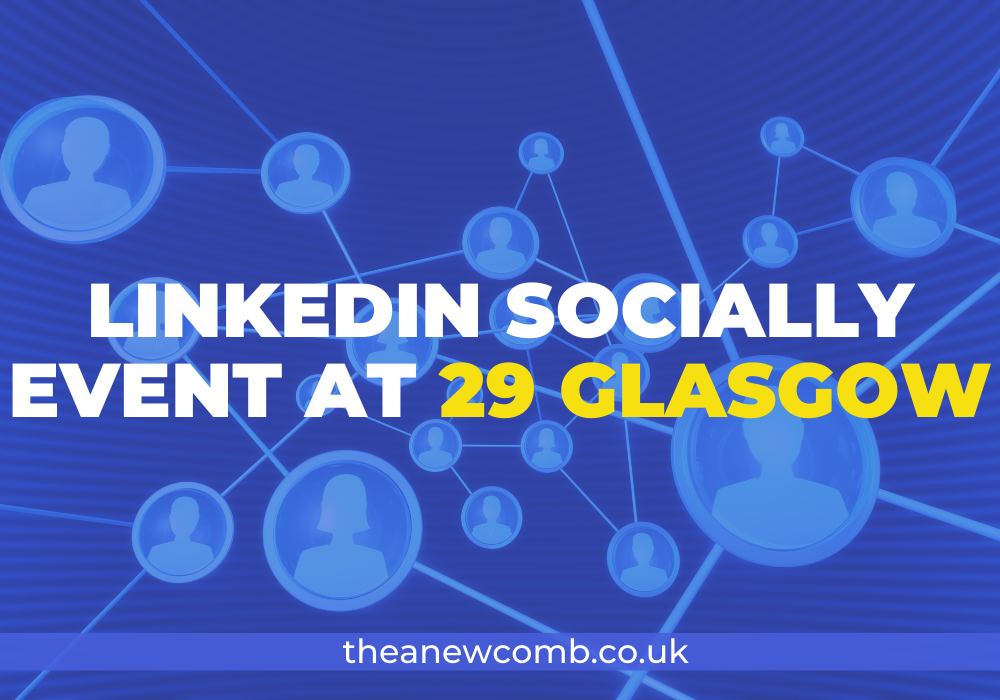 Really excited for this Thursday’s ‘Linkedin Socially’ event at  29 Private Members Club in Glasgow. A few months back, I’d run into 29’s Natasha Michie & Michael Robertson at a Y.E.S. Networking Event. We got to talking about how we all have so many “online connections” that it would be great to meet more of them offline. I know that, for me personally, there are many I’ve “met” (read: connected with) online, but not face-to-face.

So to paraphrase Nike, we decided to “Just Do It”. It’s taken months to get here, but we’re finally ready to host it this Thursday, Sept 5, from 6pm. 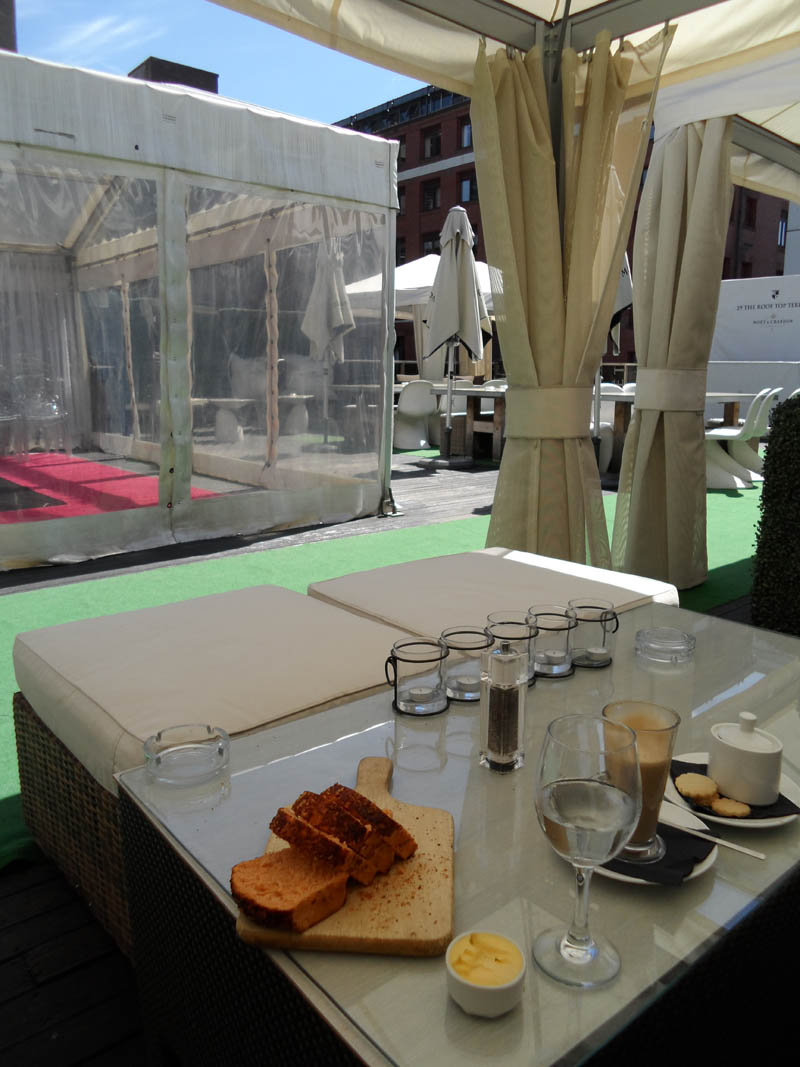 This is networking event is primarily aimed at 29’s own membership (for whom the event is FREE), but of course, it’s open to the public (for a mere £5.00 paid for in advance) as well. It should be a great mix of people. On the night I’ll be one of three, female speakers (that wasn’t deliberate it just happened that way) – giving short, ten minutes or so, talks on various aspects about Linkedin. 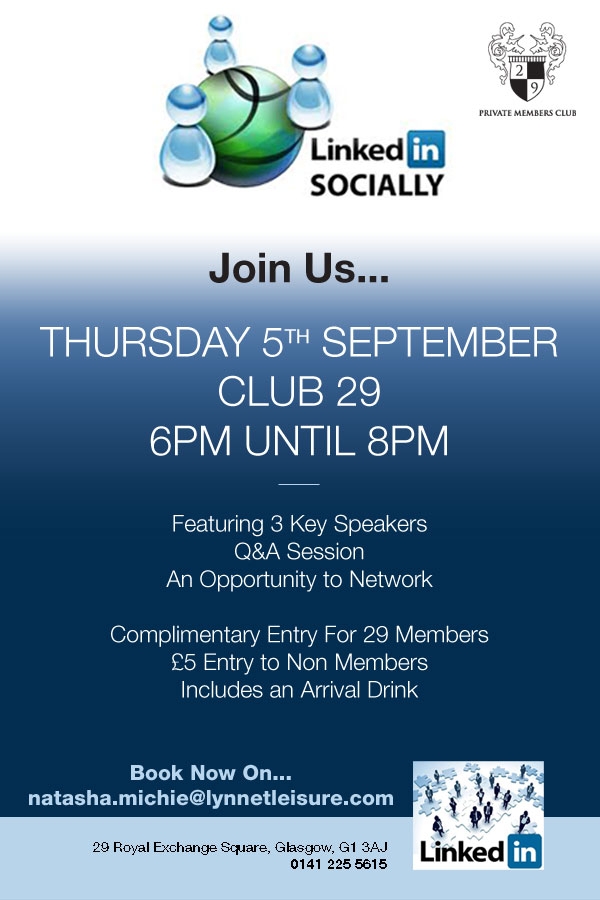 The first will be Lesley Wood (Owner at LMW Consulting). Lesley is a long-time friend and former colleague who will talk about some of the basic know-hows of LI. Myself – dealing specifically with contacts/connections (ways to connect, etiquette and what to do with them once you have them). We’ll round off with Emer O’Leary, who’s based on the East Coast, but originally from Ireland (so quite the International flavor to the evening!).

I first came across Emer when I stumbled on one of her Social Sorted blog posts earlier in the year. As Emer writes so often about Linkedin, I simply knew that I had to reach out and see if she was interested in speaking at our event. Thankfully she was. Plus, it just so happens that Emer is one of the very people I’ve connected to online, but yet to meet offline, so really looking forward to the event for that reason too!

To be honest, it wasn’t my desire to speak at the event, as it would be much more relaxing not to, but given the fact I have just set up my own training company (delivering bespoke, one to one training), it would be rather foolish not to! Right? Right. I have to admit that I am a bit nervous about delivering a talk on Linkedin, as a subject, especially amongst so many esteemed peers, but am pretty excited nonetheless. Between the three of us, we’ll be covering all kinds of Linkedin topics from the basic set up of a profile, tips, and etiquette right through to actual lead generation. There will be something for everyone – whether or not you’ve used Linkedin. And, hey, if not, there’s always that “free drink on arrival”…which will appeal to most of you, no doubt!

If we’re not connected on Linkedin yet and you’d like to, then please feel free to do so (using the first icon above on top right).

Will write again, hopefully tomorrow – after delivering Improve Your Search Engine Ranking for Business Gateway Renfrewshire (and NSDesign), as well as day one of the Working Digital event held by NSDesign in conjunction with East Ayrshire council. Join in at this five day event either online or in person.

Before you go, please feel free to swing by my all-new Links page which has a wide array of tools, resources, freebies.