If you’re looking for some dates to do a little networking in Glasgow – here are some March 2017 events you may wish to consider attending.

First up this week is Collabor8te’s Communic8te Breakfast on March 14. This takes place in Collabor8te, co-working space, on 22 Montrose Street in Glasgow (a block or so east of George Square).

This is a free event and very low key. Have a tea or coffee (or water), grab a pastry if you feel like it, and just have some conversations. You can find out more about it by visiting the Communic8te event on Eventbrite.

The next day you can attend the 29ers Networking event in their Glasgow HQ, just a few blocks away at 84 Miller Street. The 29 Studios offices headquarters are like a little taste of Silicon Valley in Scotland. While I’ve not attended their morning networking events, if their evening ones are anything to go by it will be worth getting up early (by my standards) to go along.

While currently “sold out” – you can learn more about 29ers Networking on Eventbrite.

As someone who has regularly run many networking events, I know all too well people book and don’t show up so it may be worth sending Gary @ 29 an email to get on their waitlist…

Another one for your diary is Creative Mornings, Glasgow. 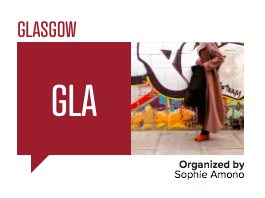 Creative Mornings is another sort of new kid on the networking block. It’s a global networking initiative for creatives. Don’t be too put off by the name. I’d not classify myself as a “creative” as such and I feel very at home and inspired at their events (well all two of them that there have been). If you want to make some new connections, feel some inspiration and enjoy a morning away from your desk, then Creative Mornings could be a good fit.

The way it works is each month, in all 164 cities they are held in they have a topic. This month’s topic, as I recall is Taboos. The speaker is announced one week before the event itself, so as of the time of writing this post I have no idea who it will be. But you can find out more on the Creative Mornings GLA website here. 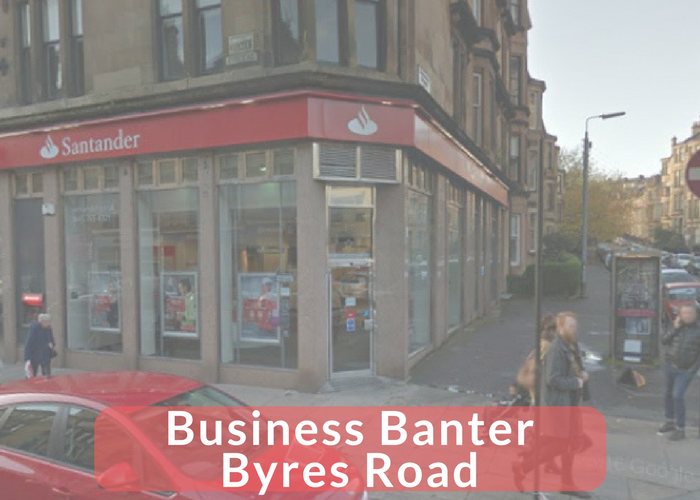 Thought Business Banter in its original incarnation is no more, a version of it its West End group is still alive and kicking. It takes place in Santander on the corner, north of Hillhead tube. There are teas, coffees, biscuits and some free branded merch (pens, post its etc) which, in addition to its regulars, makes it worth the trip.

Do you know any events for Networking in Glasgow? Please comment below.