Over the years I’ve done a few posts about networking in Glasgow. A recent one was over on Linkedin and and another much older one was a post that was a “part one” which still gets a fair bit of visits. So I thought it was high time to update it with some broad options for places to Network in Glasgow or near by. 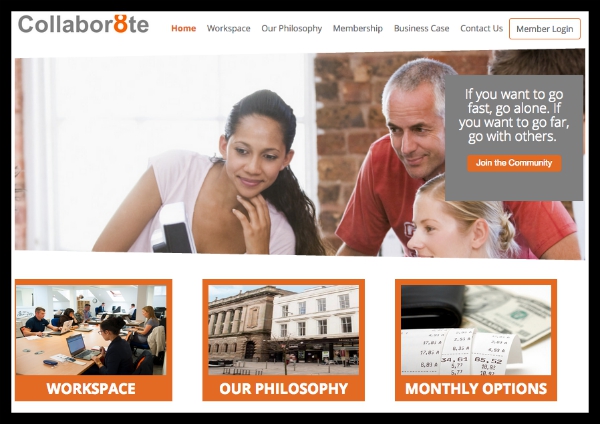 This morning was an event run by Collabor8te in All Bar 1. It’s a FREE monthly event and worth popping into if you run a Scottish business. They run periodic evening events (Educa8) and have a wonderful co-working space in the Merchant City for those home-based business owners (like myself) that would like an office to go to now and again without the cost of having an actual office. There are a few different options according to different budgets and needs and there’s new plans on the horizon for a new space too.

Another event worth considering is GoGrow in Glasgow. I’ve only attended one event hosted by Gary Eoghan at the Butterfly and the Pig, on what was arguably Scotland’s hottest evening, but it was a decent little night with a few women speakers (from Mo’s Cookie Dough and Yelp Glasgow). To add to that, I walked out with a Yell fan, and some free chocolate chip cookies, so what more could you ask for?

Still among my fave places for networking in Glasgow is at Martin Jack’s Business Banter. It takes place in two places – Thursday mornings in Martha’s on St Vincent Street (8-10) and Friday mornings on Byres Road at Paperinos (9-11). If ever I am free, I do my best to make it along to one or both of those. The people are good, it’s a relaxed atmosphere and best of all for folks like me, it’s FREE. 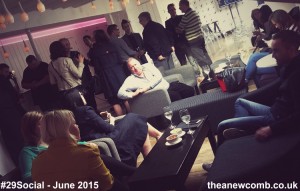 And I could not do a blog about Networking in Glasgow without mentioning my own event that happens every two months in 29 Private Members Club, Glasgow. They fall on a Wednesday night at the end of the month, usually and cost £5.00 to non-members and free to 29’s members.

The next one in September 30, 2015 from 6-8pm. All the #29Social events have a Social Media feel to it. Have now moved on from “speakers” to “panelists”. Last month’s event was held in the Apartment at 29, featured three experts in SEO and Social Media and it was relaxed, informative and fun. If you want to get on the mailing list for #29Social fire off an email to me here (thea at theanewcomb.co.uk with “#29Social” as the subject line and I’ll add you. Proper mailing list subscribe box coming soon as poss…) Event link to be added once the event’s been created on 29’s site.

In my personal experience Networking is not generally a “quick results” option for small businesses – whether that’s online or offline. It was probably a year of going to some of these events before I received any paid work out of it.  It takes time to build up that “know, like, trust” factor. Rapport is not generally earned after one meeting (though it can be).

So if you’re new networking – set some realistic goals, and prepare to be in it for the long haul and go in with an open mind. I would seldom write off any event after just one attempt. Some nights or days can be better than others. Luck of the draw. I say that both as an attendee and a hostess too!