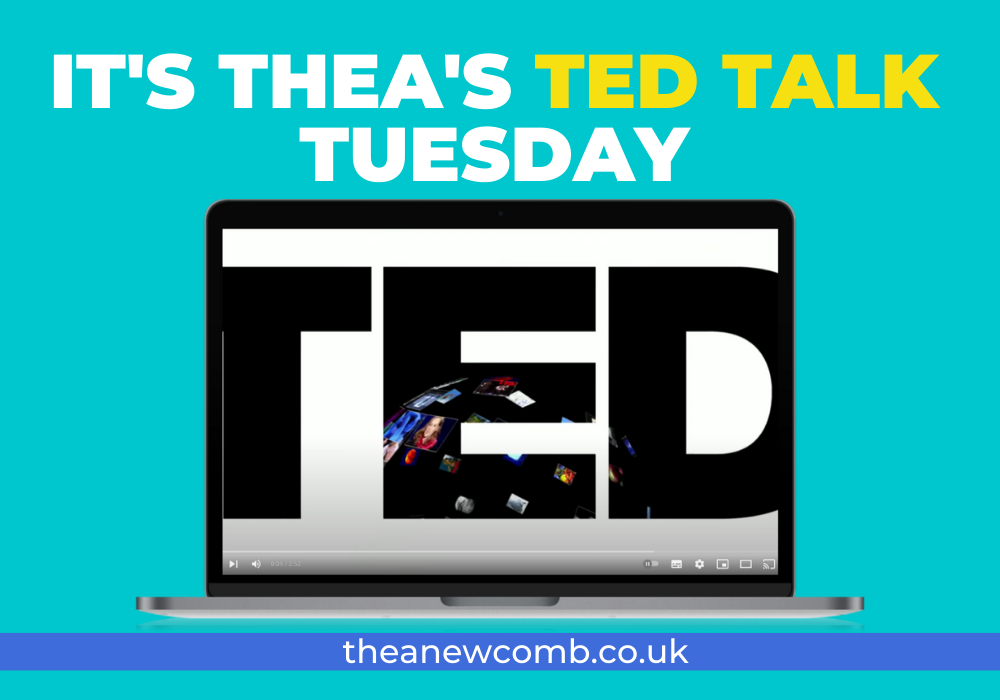 Recently, I’ve been watching a fair few Ted Talks. I’ve always been interested in them but of late they’ve been quite a fascination – almost an obsession! I think it started with my friend Heather recommending this one last month. I’d seen it last year (I think it was my cousin Lisa who recommended it then,…) But for some reason, when I watched it this year, it just really struck a cord. If you haven’t seen it – I do highly recommend it. It’s funny, thought-provoking and totally utterly human! It’s by Brene Brown and it turns out this talk has been totally life changing for her…You can find other more recent videos of hers after this one ends. They’re all worth watching in my humble opinion.

Brené Brown: ‘The power of vulnerability’

Isn’t this one of the best Ted Talks in the history of Ted? Nearly 18 million people can’t be wrong eh?

April 16, 2013 · www.ted.com · Brené Brown studies human connection — our ability to empathize, belong, love. In a poignant, funny talk, she shares a deep insight from her research, one that sent her on a personal quest to know herself as well as to understand humanity. A talk to share. (Filmed at TEDxHouston.) Brené Brown studies vulnerability, courage, authenticity, and shame.

Brene has actually has inspired me to want to write a 20 minute (or more) talk to take to Edinburgh or some other Ted Talk somewhere. So that’s one of my long-term goals. If she is the Break Down Queen that I shall dub myself the Break Up Queen. Maybe I’ll do something of a similar ilk (more personal and less educational though as I don’t have a doctorate….yet).

I could really just stop there, but I’ll throw in another short one that I like, for good measure.

It’s about the myth of Multitasking

It also struck a cord in me – but in a different way. Our lives are so busy, so wired, and down-right overwhelming, at times. In the job that I do, (which is primarily a lot of social media for a variety of clients), it can be a bit schizophrenic and challenging. I am constantly spinning plates, or switching hats between profiles, and thus I can sometimes end up feeling totally depleted by day’s end. This talk reminded me that, every now and again, it might be better to MONO-TASK. Focus on one thing at one time. Not my forte!

April 16, 2013 · www.ted.com · People aren’t just cooking anymore — they’re cooking, texting, talking on the phone, watching YouTube and uploading photos of the awesome meal they just made. Designer Paolo Cardini questions the efficiency of our multitasking world and makes the case for — gasp — “monotasking.” His charming 3D-printed smartphone covers just might help. Paolo Cardini is a product designer who asks serious questions about how we live — and answers them with whimsical and playful designs. Full bio »

That’s a wrap on Thea’s Ted Talk Tuesday for another week.  Just a few things before you go… First, you can leave a comment with any Ted Talk recommendations or you can tweet me @newthea them. Finally if you love creative resources, cool tools and apps etc – the please swing on over to my Links page and check out my recommendations.