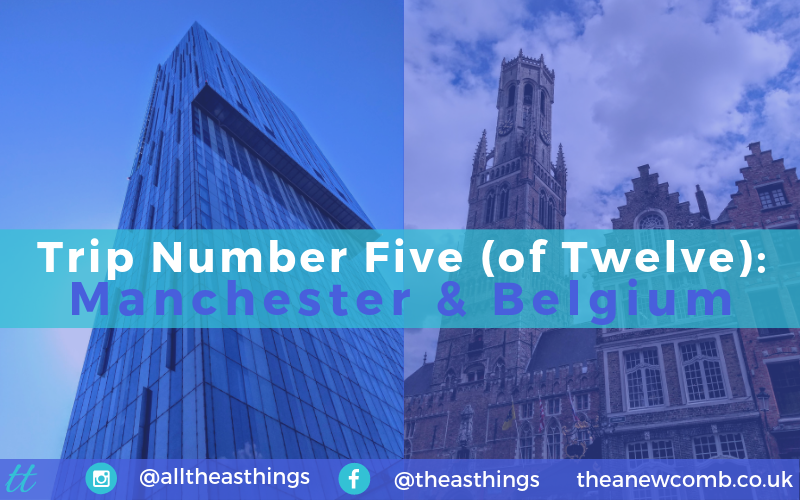 Trip Number Five (Of Twelve): Belgium and Manchester too

If you have been following my blog at all this year, then you will know that It is a year of travel for me…and as such it’s time to update you on the latest trips.
So here we are – six months in – and May was a double trip month for me. First was a short weekend getaway to Manchester  followed by Brussels birthday celebrations.

May’s Significance for Me

May has always been a special for me. It’s a month that I have almost always spent with my father in California. His birthday falls in May and so, more often than not, I wanted to be there with him to celebrate – ever year just about. I think his birthday mattered more to me than it ever did him but that’s ok. It was arguably what might be considered a tradition to spend it with him.

So this year, the first without him in California, I decided to celebrate him in Brussels. It also coincides with a friend Kimba’s birthday so am celebrated with her there too.

So mid May it was down to Manchester for a Merch UK Meetup. It was just about a dozen or so people who are print on demand side hustlers too. To be fair, they were all much more successful and experienced than I am but I enjoyed meeting some new people and reconnecting with people I’d already met in London and Seattle last year. I decided to stay at the hotel the event was at to make it easy on myself.
Then the next day it was a full day of sight-seeing with my friend Rachel who I’d not seen in about eight or nine years. When I knew I was going to the city, I do what I always do – and checked my social media connections to see who might be where I am going. Then I message and see if they’re interested in meeting up. Lucky for me, Rachel was and we had a blast walking, talking, eating and sight seeing. We did the double decker bus – which are always fun.
Then around seven that night I got the train back up to Scotland. It was a wonderful weekend in Manchester. I really do like that city.

Next Up, It’s Off to Belgium

Then at the end of the month it was time for my next jump over to the continent. This time it was Belgium. I flew Ryanair for the first time in probably a decade. Landed in Brussels Charleroi Sud Airport and got a shuttle bus to Brussels Midi Station. Conveniently though, my friend met me off the boss and walked me around the corner to the Hotel Pullman which was attached to the Midi train station. (Good job Kimba!)

That night we hopped the underground four stops and spent some time wandering around The Grand Place or Grote Markt – which is the central square of Brussels. It’s filled with amazing buildings, shops, restaurants, cafes and tourists. We had a nice meal in one of its galleries off the main square.

Day Two: It was Kim’s birthday so it was her pick with what she wanted to do. She chose a train trip to Bruges with a quick stop in Ghent en route. It was a long, fun-filled day of being tourists, walking, eating, talking, and taking a ridiculous amount of photographs. We didn’t see much in Gent and decided to get back on the train to go to Bruges.

The first thing we did in Bruges was take the boat tour. It was one of the things I was most excited about when heading to Bruges, and probably as such, ended up being a bit of a let down. 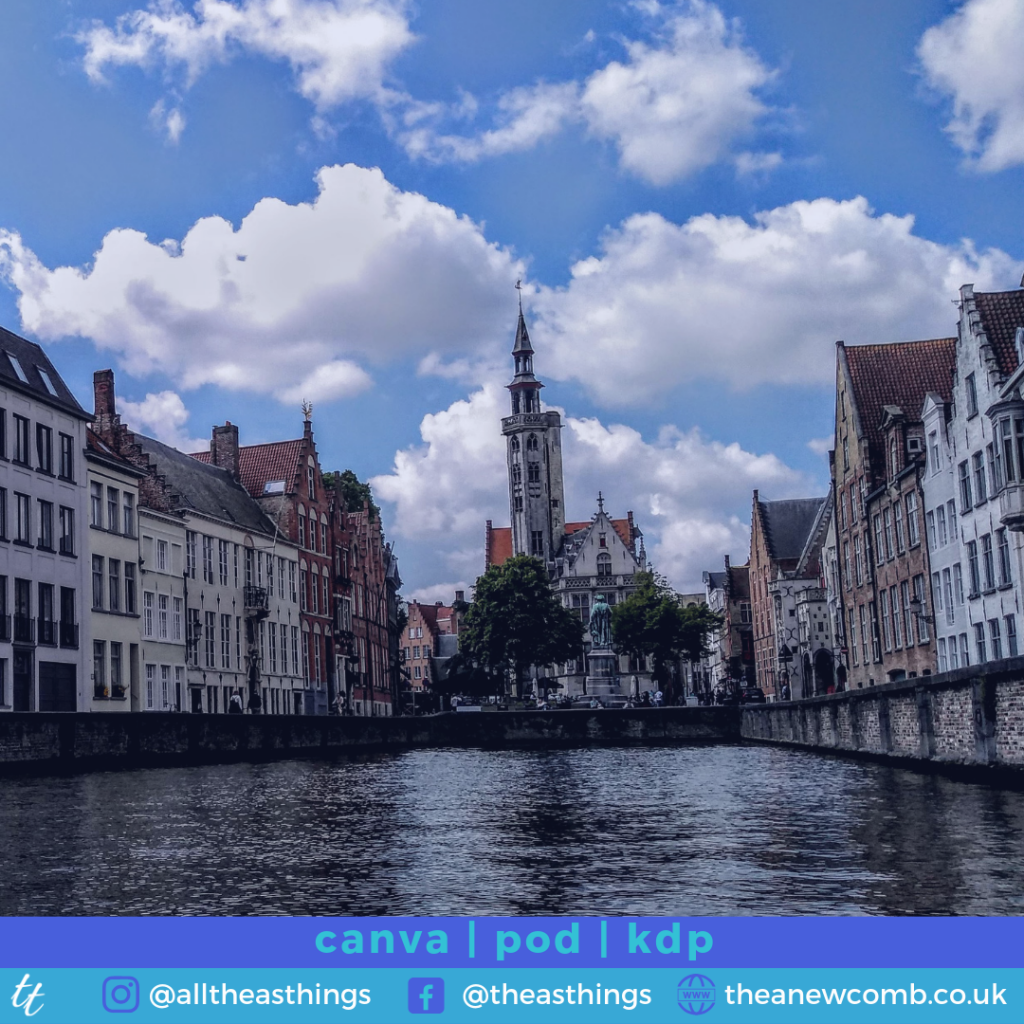 It wasn’t bad, not by any means, merely a bit anti-climactic. Plus a little tip for you, if you do the trip – sit in the single middle seat rather than on the sides. Two fat people got on our boat and I felt off kilter the whole time! Not only that it made it hard to take pictures hanging off the side of the boat a little like a contortionist.

When we got off the boat we finally found somewhere to eat. We were hangry by that point and wound up in, of all things, an Irish pub. The service was kind but it was slower than heck. They’d just been slammed by an Irish Fire Department influx of customers I guess. Whatever. The food was good. In fact all meals were good in Belgium. 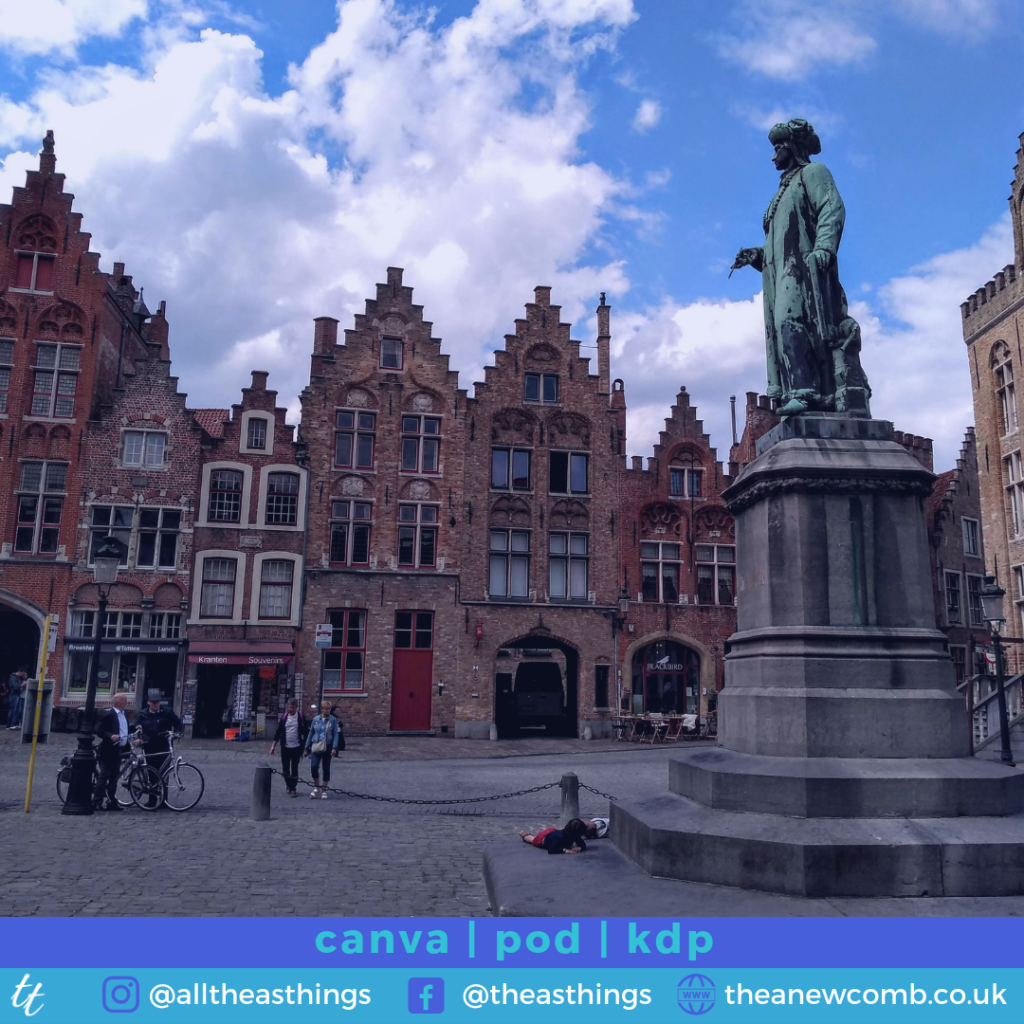 After lunch it was off for another sight seeing bus – a small open top. Arguably my fave one of all the sight seeing trips we took. It weaved around Bruges, down roads, passed windmills, over canals and back again. (There are four remaining 18th and 19th century wind mills between the Dampoort and the Kruispoort.) 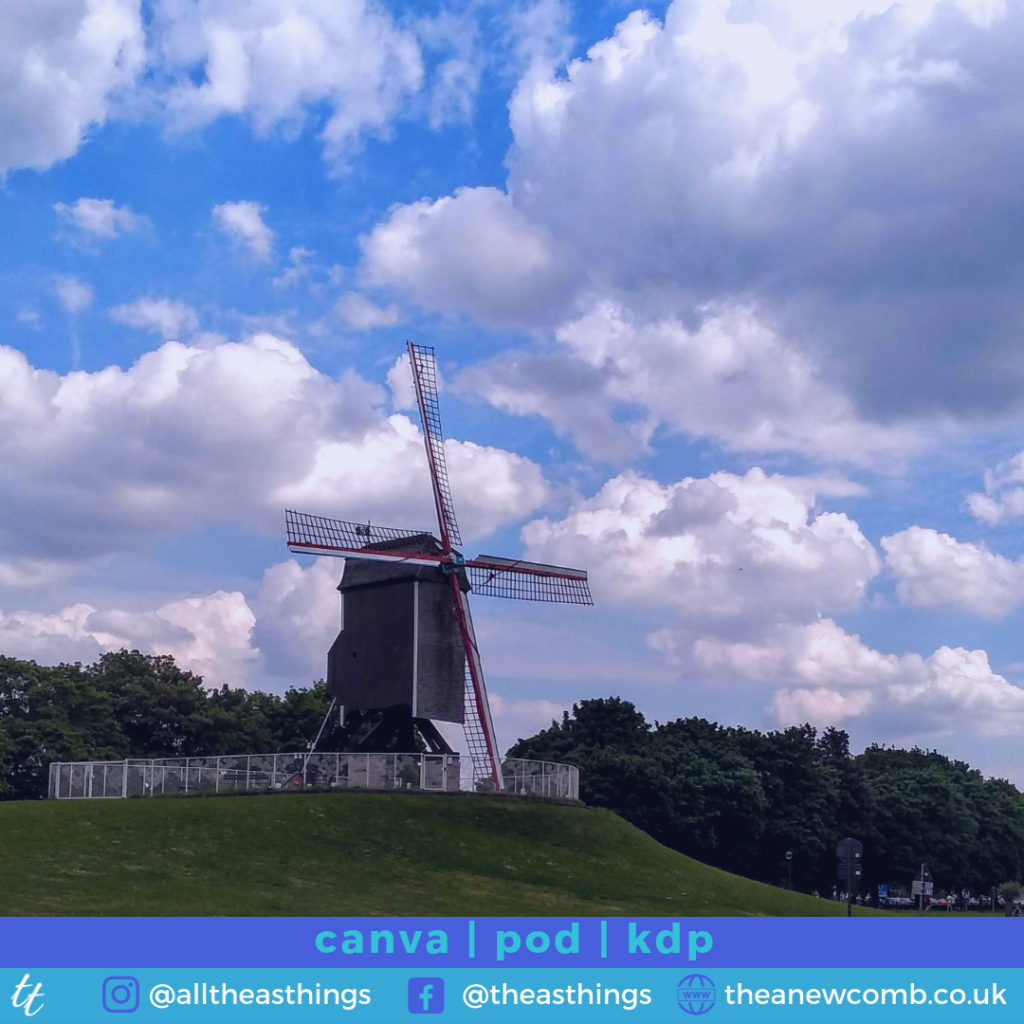 We did a bit more wandering around before getting the, 5:30, one-hour train back to Brussels.

After resting our tired bodies for an hour it was back out again for the Birthday Dinner at NONA a pizza place, Rue Sainte-Catherine.

A place that prides itself on “Proper Neapolitan pizza” – it was a slightly ho-hum pizza, to be honest, but still not bad by any stretch.

After the meal we wandered back to our usual place, the Grand Place, for ice creams and I treated us to scarves. We got the same pale blue Belgium scarves. How cute are we?

That was a nice way to end a birthday in Brussels, I believe. Hopefully Kim did too…By the time we got back to the hotel room we’d done around 26,000 steps which is about 15,000 above my normal daily step count.
As Kim’s birthday ended my father’s began.

I’ve been blogging a fair bit about dad this year already….and I truly believe I am handling his passing in exactly the way he’d want and expect from me. Namely, I am living, traveling, working, seeing movies, hanging with friends and celebrating him every opportunity I get.
His birthday was celebrated in Brussels and it was a good one from start to finish. Breakfast at the Chicago Cafe (right near the Pizza joint from the previous night). The highlight at breakfast was the main woman there (possibly the owner) who was, quite frankly a chirpy Belgian Hoot. I can still hear her cheery “Bonjour” echoing in my ears – weeks later. 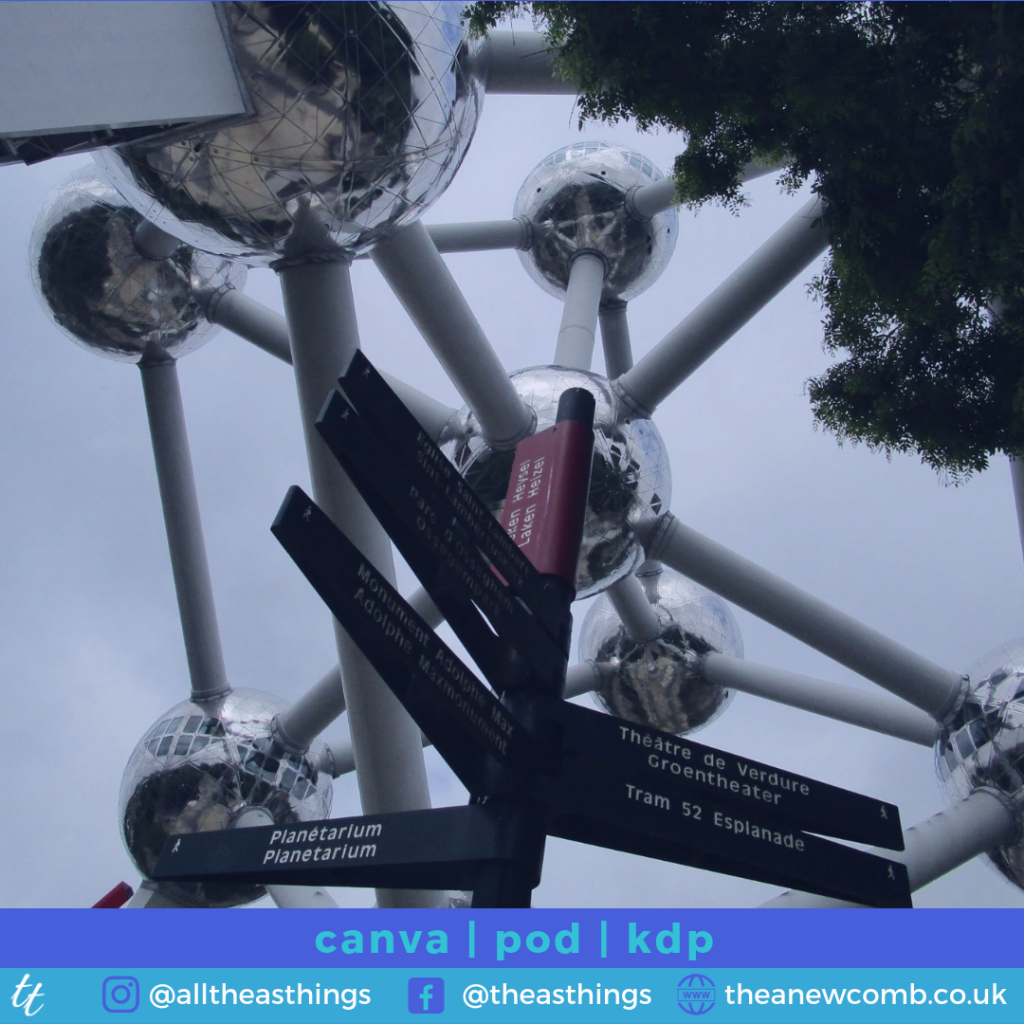 Then it was off for a day on the double-decker buses. The Atomium was our first stop. Clearly a cool landmark from the outside, but the trip up it was an absolute waste of money, to my mind. It would have been better if it had some windows to take pictures from. We managed a few shots on the stairs down but that was it.
Thankfully we got a “free ticket” to the Design Museum which made it almost worth my while. Kim and I choose to spend that hour apart as I was more interested in Design than she was… 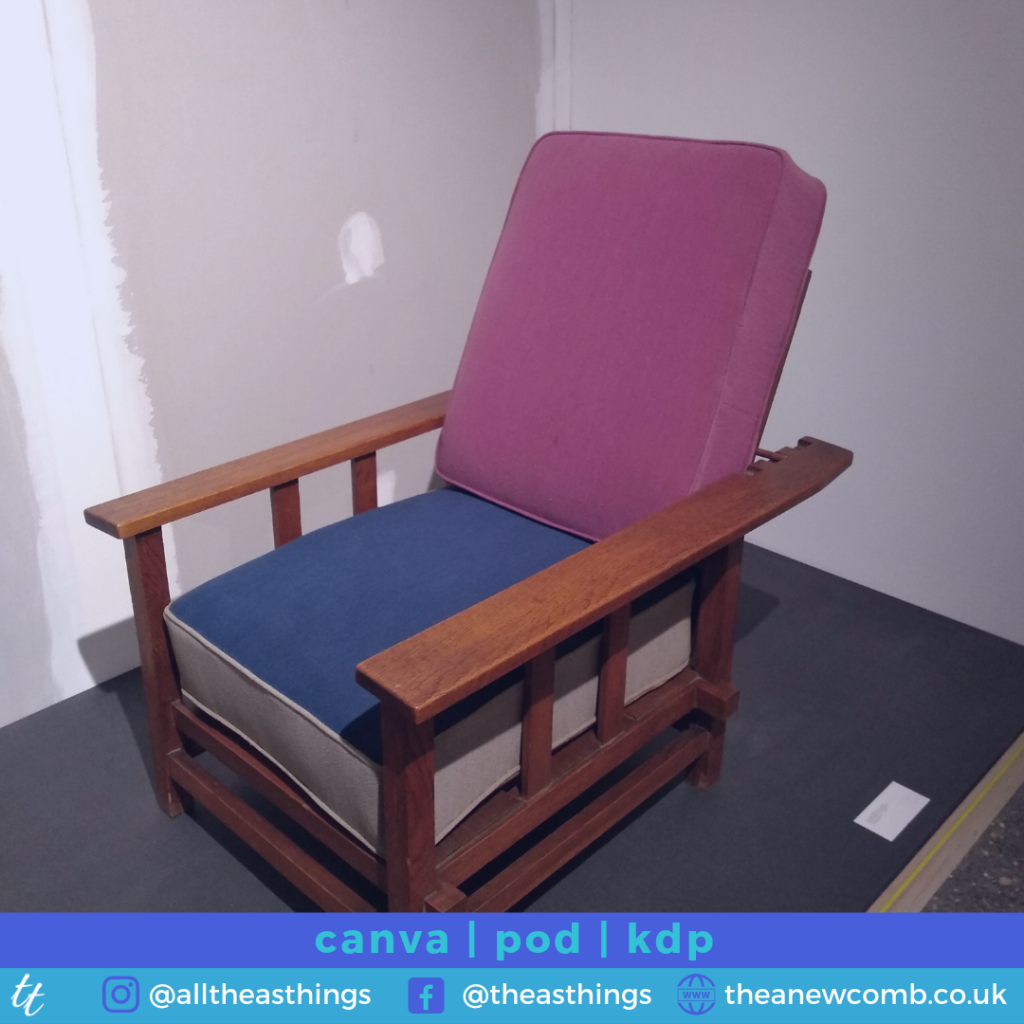 At one moment I came upon a chair that reminded me of my father’s and the inscription on the piece made me well up a bit….if I am being honest with you. But that wobble aside it was a good day with no real sadness or tears.

After The Visit to Atomium…Back on the Bus

After we had our few hours there at Atomium, we got back on the double decker bus and took it to an area Louise where we got off to take pictures. Trust my stomach to take that moment to throw an absolute fit. So we made our way to a cafe down the hill for a tea and pit stop (just in time).
Once I felt better we walked back up the hill to take in the scenery – and could even see our hotel in the distance. We did a bit more walking around the area, hopped a tram for a few stops, walked some more before taking an elevator down the hill and heading back to the hotel room.
It was evening of Good Vibes in Brussels. Sun shining, people smiling.

After another bit of rest in our hotel room we got our second wind and it was time to get back to Place De Brouckère to have a birthday celebration for dad. Opted for Fish & Chips – not something dad would have enjoyed but a worthy choice none-the-less, for me. Afterwards Kim got her waffles and I had a double scoop of ice cream on a cone. We celebrated him in style at Grote Markt. 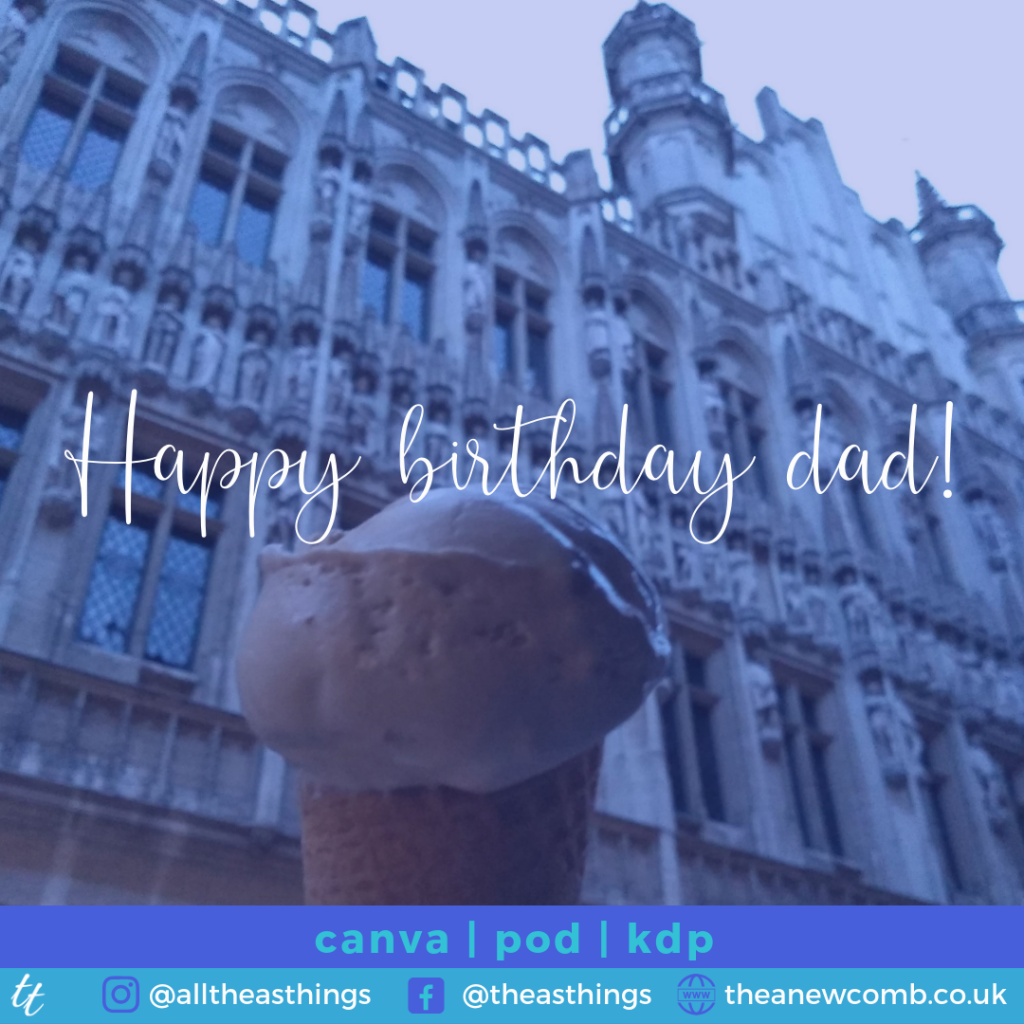 I swear I’d have gained a stone had we not been averaging about 22,000 steps a day!

Our last day was Friday. We got up with the intention of seeing where we could end up. We a priced trip EuroStar, fast train, trip to Amsterdam but when the guy said 337 Euros, we pretty much felt our jaws hit the floor. So Antwerp it was! It was an easy trip – helped largely because we accidentally ended up sitting in first class for the first half hour…
Arriving at the train station – it was a sight to behold. Clearly one of the most beautiful train stations in the world. Absolutely incredible architecture.
We hopped another sight-seeing bus immediately and got off at the Antwerp Ferris Wheel at Steenplein and headed to their Grote Markt, a main square, for some lunch. After a bit of a wander we split up for some free time and reconnected back at the Ferris Wheel to catch the bus back to the gorgeous train station and home.

So here we are, we had one last night in Brussels and therefor after a rest we headed back to the Grand Place for dinner. We didn’t have a specific place in mind for this last supper, and thus it took as a while to find a place to stop to eat.
We eventually found a decent spot and had a lovely meal Arcadi Cafe – at the entrance to Galeries Royales Saint-Hubert. Again I opted for Fish and Chips. They had a fun pillar with currencies from around the world that was pretty impressive to look at.

Then, naturally, we had to find ourselves a dessert. Nothing much was appealing to me. I fancied Cake but there were not a lot of “cake places” so I settled for another single scoop of ice cream. Kim wanted waffles from the famous Maison Dandoy but as in typical fashion – it was a Friday night at 9pm and they were closing. The line was 30 deep and as she joined it, was told they were doing no more. Ridiculous.

Oh well, here is a tip, right next door is probably just as good and much cheaper with no line…

Summary of the Trip to Belgium

Having been in Berlin the month prior, it was interesting to compare the two countries. Frankly I preferred Belgium I think.

Both were nice but Belgian people just had a warm friend attitude toward its visitors and Berlin, well, no so much. I will likely go back to Berlin again, to see my friend Neil, but I will definitely go back to Belgium again as soon as I can! I’d like to spend more time there, even though I think I spent more money there.

I did actually notice that Younique is launching in Belgium soon…so perhaps a good excuse to go back over again!
Here’s to the next trip…a more local one to the Borders town of Hawick.