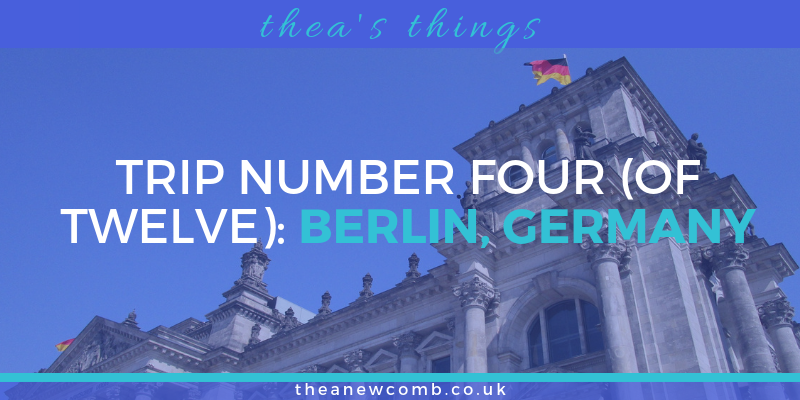 Can’t believe we are already four months into the year, and thus my fourth trip for the year to Berlin is now under my belt. 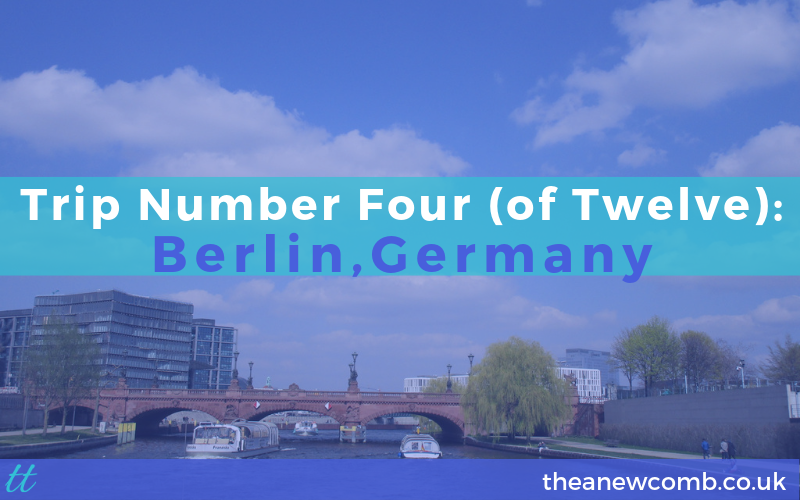 Traveling to Germany was one big adventure from start to finish. In this post, I will highlight some things I love (and hated) about Berlin….

I could probably write several posts about Berlin, if time permits, but here are a few thoughts I have after visiting Berlin. (One post I would like to write is how Berlin Compared to Glasgow). 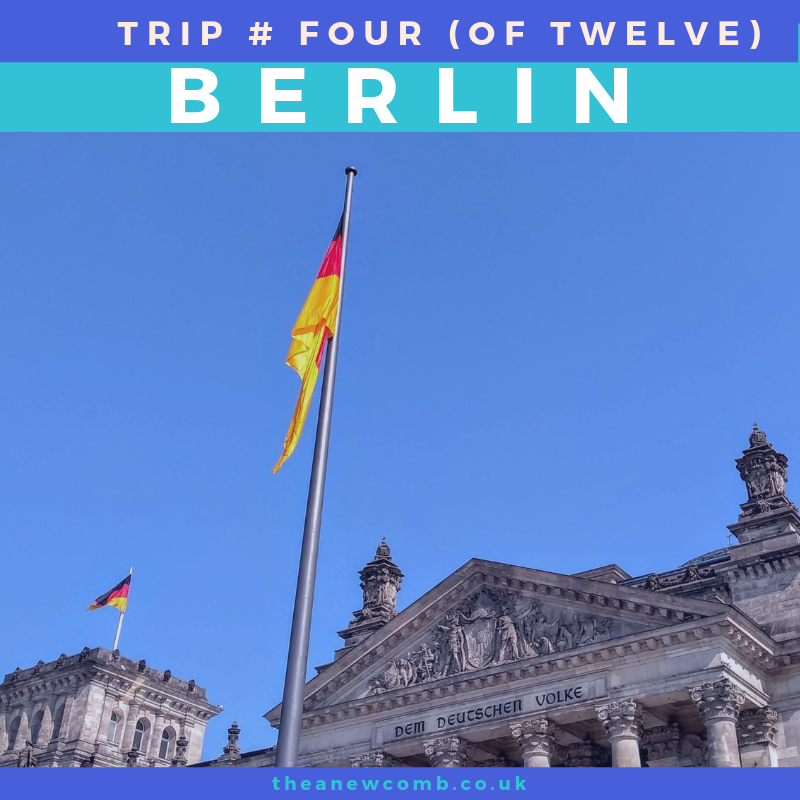 At 891.8 km² – this city is huge and is very busy. With over 3.5 million people living there, and however many visiting at any given time, Berlin is pretty crowded everywhere.

So you need to work out how to navigate the city. Public transport is very effective, well once you get the hang of it. It may be about my favourite thing about Berlin.

There are buses, trams, Ubahn/Sbahn and trains. The best thing about Berlin was how all transport integrates with one ticket. Not only that, it’s the honour system. You walk on and off of all their transport without really having to use your ticket (except for maybe buses where I did tend to hold my ticket in my hand as I passed). But really once you validate your ticket in any machine on your first journey you’re pretty much “good to go”.

I totally can’t imagine Glasgow (or even Britain) doing such a thing. I loved it. 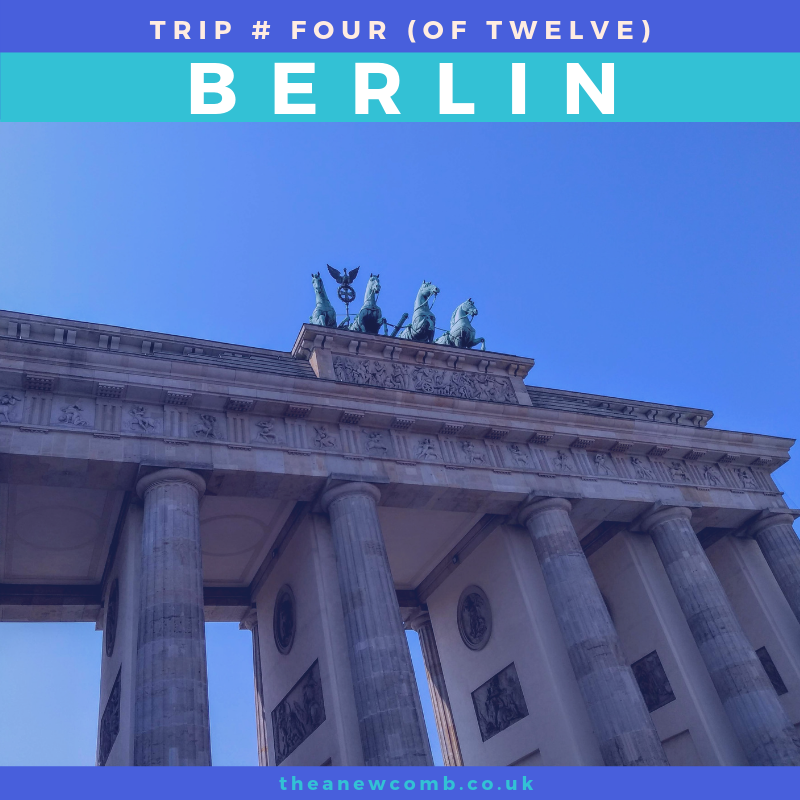 For those like me who love looking at beautiful buildings this is a place for you. Do it on foot and consider taking one of the many boat trips along the rivers and or canals.

There are 170 museums and galleries, countless government buildings, churches, and monuments too – all of which, pretty much, were compelling. Seeing bits of buildings missing after having been bombed or shot at is pretty incredible. There is, and I guess pretty much always has been/will be, a lot of building and repairs going on after such an incredible amount of bombings.

So inevitably there is this interesting juxtaposition of old meeting new in Berlin. Or I guess in some cases new being built to look old. It’s fascinating. The downside of all this construction is that many of the most beautiful buildings had scaffolding around them or fences and so forth. Still it’s just one of those things. 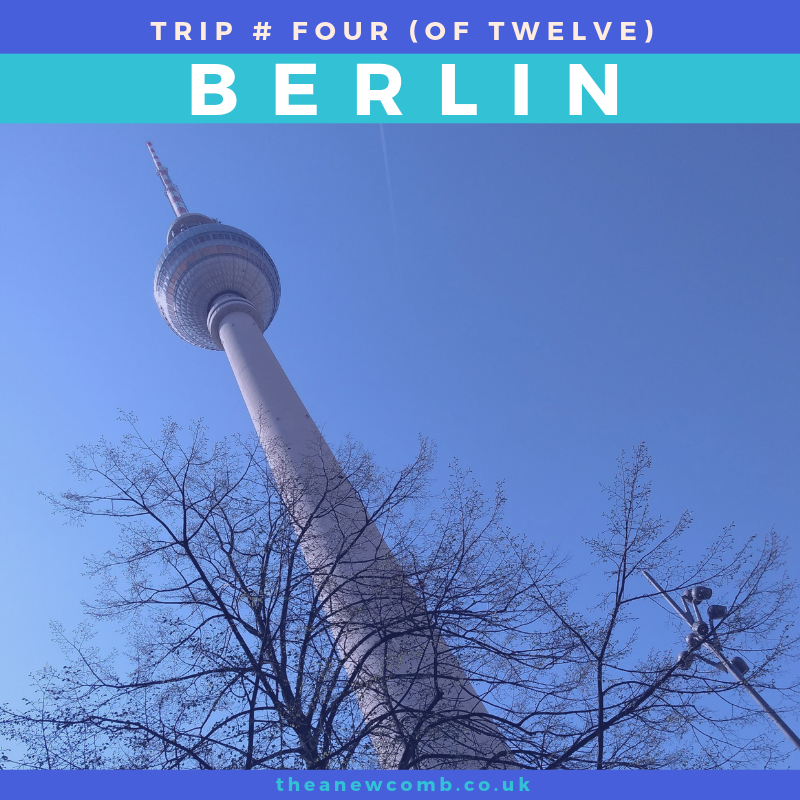 Show me the Money – Cash is King in Berlin

One of the strangest things of note about Berlin, and the fact I loathed the most, was that card usage was less prevalent on smaller ticket items. So if you are going to Berlin make sure that you are always carrying a bit of cash. As someone who usually pays for everything with a card ans seldom has cash, I found that a bit disconcerting, even frustrating.

Even more challenging to me was the fact that there were not really that many ATM machines as readily available as I am used to in UK cities. Also a bit scarce for my liking, in such a big city, there were not tons of banks all over the place like they are here.

Again these are just my observations.

Thankfully I had Neil to pay when I needed cash and I eventually managed to find a bank to pull some out to pay him back! If I return to Berlin I will no doubt be more prepared, regardless. 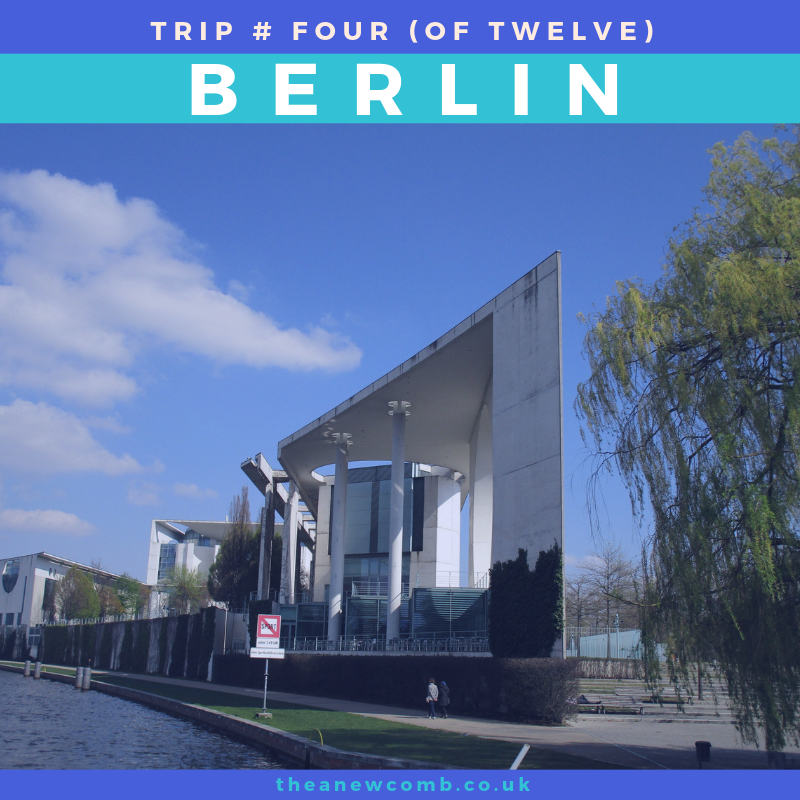 I am a walker myself but Berlin is definitely a biking city with shops and apps to rent bikes all over the place. Neil kept trying to convince me to get a bike so we could ride around the city and see more but I wasn’t feeling it. I found Berlin to be overwhelming and bikes riding on pavements as well as the roads, cars coming at you from different directions and don’t get me started about pedestrians – it just felt too stressful on my first trip. Maybe next time I’ll feel more confident.

So walking it was. I covered around 25,000 steps each day on average (best was 28,000) and on foot was able to take photos everywhere. Ended up with over 500 photos between my camera and my phone. Will take a while to go through them all!

It was nice to see Berlin on foot and cover areas like the East Side Gallery, over the Oberbaum Bridge, passing the Molecule Man statue and so forth. In those five or so days I walked from one end of the city to the other and felt all the better for it. Well sort of. I think I managed to dehydrate myself, the effects I am still feeling in my body. Note to self: take more water next time. 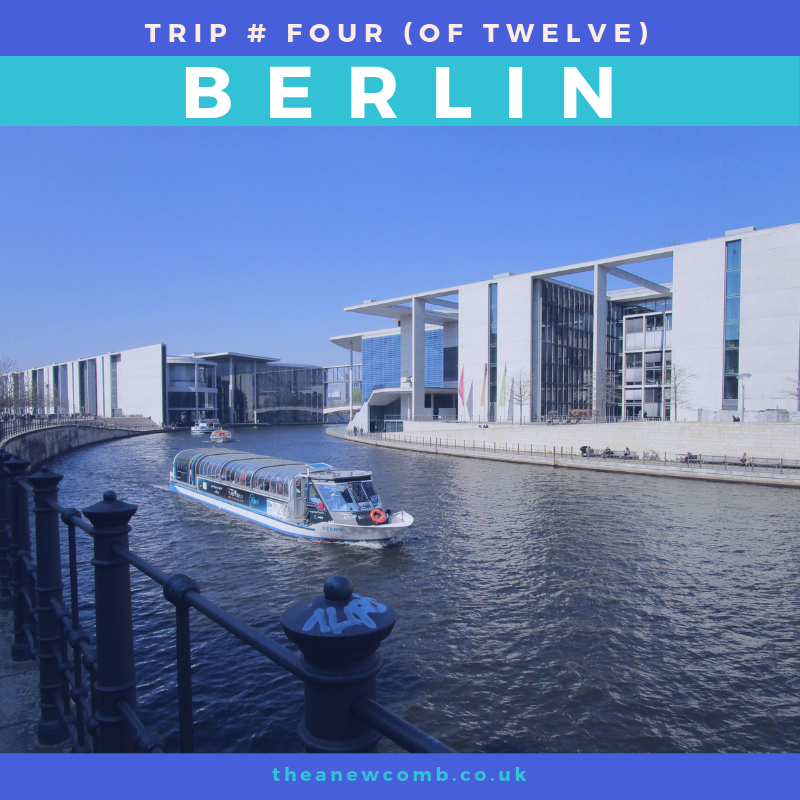 Or Take a Boat Along the River Spree

Another good way to see Berlin is by boat. It was one of the things I really really wanted to do and when it came to the opportunity it was the most stressful part of my own trip so please learn from my error in judgement…

I took the Sbahn over toward Alexanderplatz and got off early and took a walk. When I arrived there were several people selling the sightseeing tickets, and I hemmed and hawed of whether to do the bus or boat in the end as I only had a certain amount of time before meeting my friend Martin…So I bought a single boat ticket for fifteen euros from a guy Joshua, who was working for a new company that had just launched the day before (*first warning sign).

He told me to get on the bus and it would take me a few stops to the river where I would then be able to board the boat.

I got on the bus, (the only one on the bus – another warning sign) the new audio system was a bit glitchy. I finally asked the guy working with the driver where I should get off and I was effectively a stop passed it. He basically said go to the bridge and go down. He didn’t specify which side of the bridge, which way the boat would be going etc. It was supposed to simply be a hop-on-hop-off boat. Well could I find the place to get on? Could I F**K!

Having a complete meltdown, unlike I’ve had in ages, I ended up walking all the way down the river to just opposite Berlin Hauptbahnhof. I was able to get on at the Reederei Riedel Anlegestelle boat place. The ticket they gave me was a one hour round trip so I had to go back there. By the time I got on the boat, I didn’t really even enjoy it. Next time, if I go back I will do better, for sure. The one I wanted to do was….The Bridge Tour of Berlin: The popular boat trip along the Spree river and the Landwehr canal shows numerous sights of Berlin – and more than 60 bridges.

Until Next Time, Berlin

Well that’s it for this post and perhaps I’ll be inspired to write another. Part of me wants to return to Berlin soon and part of me is in no rush to go back. The next trip, next month, will be Rome, Copenhagen, Iceland or Belgium…This time it’s not my call, it’s Kimba’s for her birthday. So watch this space guys! 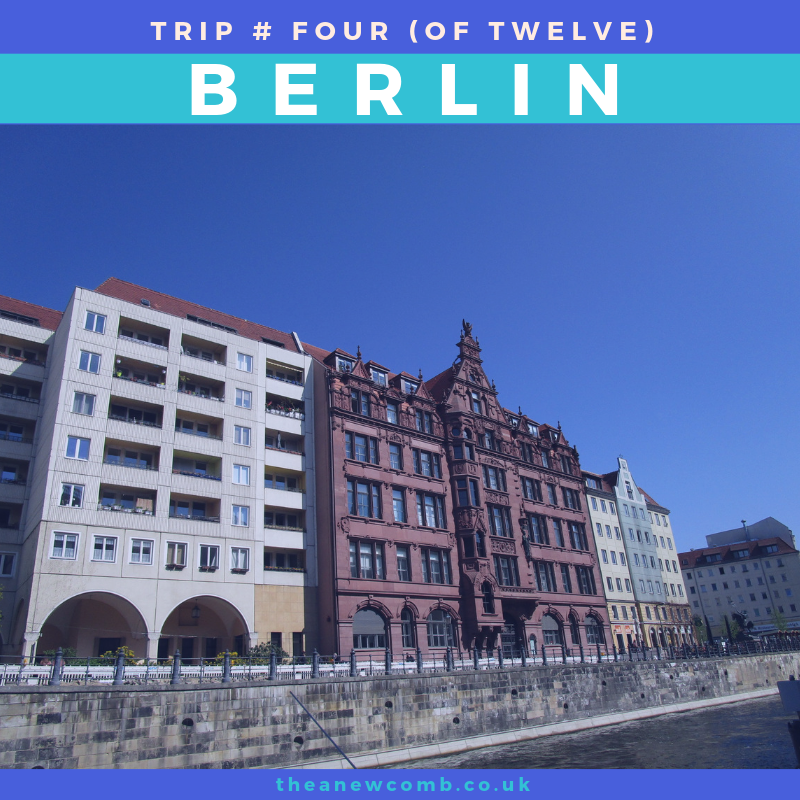