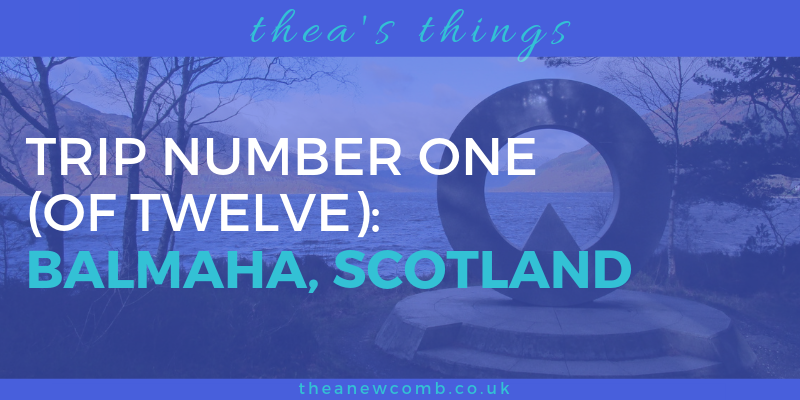 We are now into the fourth week of January 2019, and it is my intention to take a trip every month this year. My self-imposed rules are that it could be a night away in a B&B, a hotel or at friends, a weekend break, or even a proper holiday lasting a week or two (or more).

So really the rule is, I can travel near or far, just as long as I am away from my own place in Glasgow.

Why am I Taking a Break Every Month?

Well in case you have missed the memo, it’s been a month since my best friend, biggest fan and hero, my father, passed on. Transitioned. Croaked. Popped his clogs. Died. Whatever you want to call it. I personally seem to be partial the term transitioned. (Well, you know, because we all start as non-form, become form, and then go back to being non-form again – hence transition).

Anyway, for over twenty-five years now, every free chance I got, my trips were out to California. The trips usually lasted between three and four weeks. I went two or even three times a year – every year since 1992 when I moved here.

Every decision with regards to travel, just about, was made with him in mind. Now that visiting him is no longer a consideration, it opens up my opportunities to see the world and besides, it’s…

What He’d Have Wanted

In going through our belongs I found several letters that he wrote to me on my first ever trip abroad. I spent a semester (or more like a quarter) in London in 1987.

At that point, we had never ever been apart longer than about a night.

It was hard on both of us.

In those days, it wasn’t so easy to keep in touch. It was phone calls, usually from those quaint red phone boxes, or it was letters.

Believe it or not, while I was away in London, he actually wrote me letters and sent me a cute Easter card too.

One of the Letters from Dad 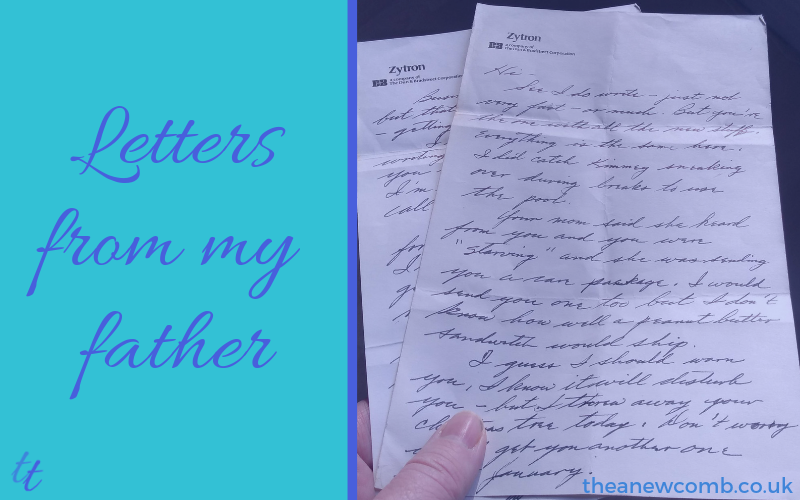 In clearing up after his passing I found a box with old cards and letters. I was delighted to discover several letters that my father wrote to me during my semester abroad in London in 1987.

See I do write. Just not very fast or much. But you’re the one with all the new stuff. Everything is the same here. I did catch Kimmy sneaking over on breaks to use the pool.

Your mom said she heard from you and you were “starving” and she was sending you a care package. I would send you one too but I don’t know how well a peanut butter sandwich would ship.

I guess I should warn you, I know it will disturb you – but I threw away your Christmas tree today. Don’t worry we’ll get another one next January.

(page 2)
Business has been slow but that’s O.K. I’ve got – getting – of rest. I’ve kept putting off writing because I kept thinking you would call. Now that I am writing you’ll mostly call over the week-end.

I did call your sister for her birthday for you. I am supposed to call and go up to their house sometime, maybe this week-end – maybe.

I hope you got your radio working. Oh did you know U-2 made it to the cover of Newsweek?

Hope you are having a great time. I miss you but I am glad you are getting the chance to take this trip. I love you – take care of yourself.

Living Life to the Full

Whenever something big (bad) happens we often say, “I’m not going to waste one more minute” or “we really need to live life to the full” – and other similar platitudes.

But after some days, weeks or months, we often revert to our previous personality (or happiness) “set point”.

In other words, those changes don’t “stick”.

But from the moment that he passed, I had a sense of liberation or freedom or something akin to relief.

I truly can go anywhere and do anything now.

The point is that I’m living as though he’s with me on these adventures.

Though I’ve lived in Scotland for the better part of thirty years, he  never visited me once. Now he can see my world – every single day (or whenever he so chooses!)

So as I sit here on a tartan duvet covered, twin bed and type words in this dated, tired room at a B&B in Balmaha, I like to imagine that Ralph’s on this journey with me. He’s sharing the experience and he’s got the tiny bed next to mine.

His #JSSAMO travel mug sits next to me on the wooden dresser.

I can only imagine what he’d say about this place… 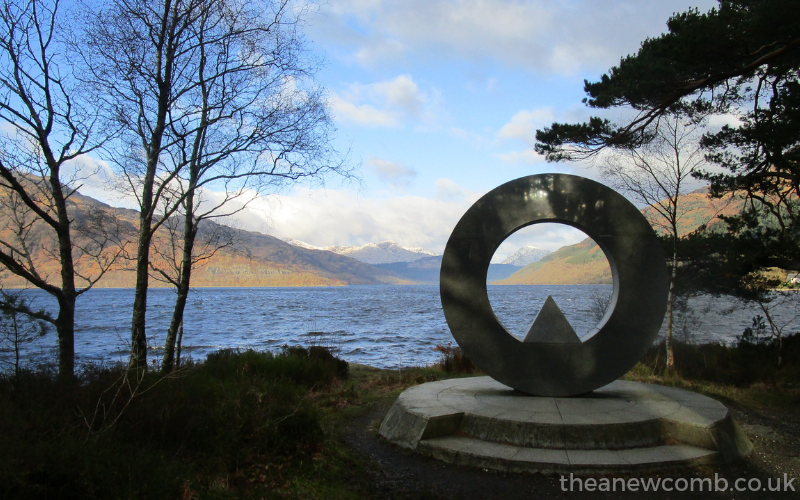 Pictures and Videos of Dad Help Me So Much

I’ve got a lot photos of dad, selfies with him and videos too. I wish I did more videos, but I have quite a few, and it’s given me a lot of comfort to just be able to hear his voice. Amazing what that voice recognition can do for us as it’s often one of the things we miss most. Just being able to call the person up and hear their voice.

I have spent most of my FREE time over the past two weeks, since my return from California, scanning photos and trying to consolidate my Ralph assets (pictures, documents and videos) into one repository (an external hard drive).

Decided to bring one of my pen drives up with me and just now watched a two-minute clip where he talked about death, his own,…

It was eerily prophetic and poignant to watch. It’s hard to explain why I am doing so well with his passing, but clips like that remind me of the one important factor in all of this…

He was ready to go.

While I might have liked him to stick around a bit longer, I know, deep down, that his transition was nearly perfect.

He went when he wanted, where he wanted and how. No hospitals or nursing homes. No wires. He just drifted away – somewhat peacefully – at least not in any intense pain that I could witness.

The most surreal realisation I have of those final moments is that I was completely oblivious of what was happening. Seriously as he took his last breaths, I had no idea they were his last breaths.

I believe that too is how he’d have wanted it to be.

In many ways it was just that. Bliss. 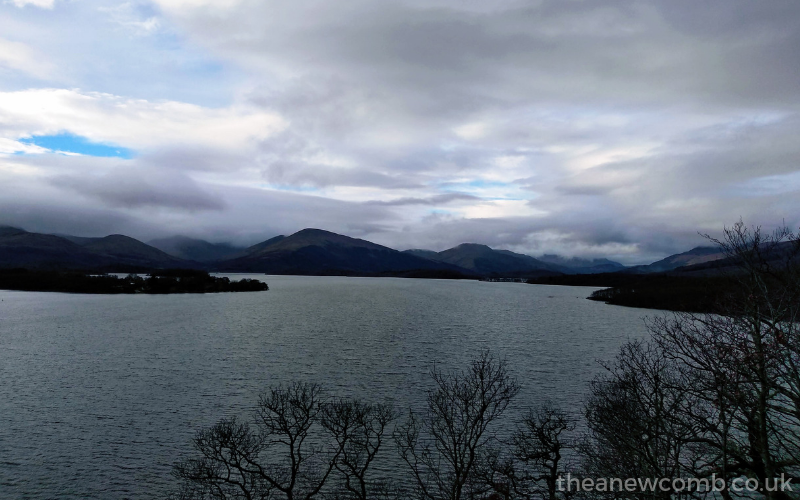 Next Month I’ll Do Better

This B&B  was a last minute booking just a few days ago, as I realised the month’s end would soon be upon us. I had to book fast if I was to keep up with my intention of traveling every month.

The place I picked was fine – say if you’re doing the West Highland Way, but not exactly luxurious. I think the word that comes to mind is adequate. And cheap. Cheap but not too cheerful. At least the scenery mostly makes up for what the accommodation lacks…

As I plan to go away ever month this year, they’ll not all be five star, so I am sure it’ll be mixed.

For February though, I think I’ll do more of a pampering trip. Perhaps it should be Stobo Castle or the Isle of Arran. Both have been on my radar for years.

On my Facebook page, I put out a post asking “where I should go?” and some good suggestions, near and far, have been shared…York is now on the list. A few people recommended Fife. The Hague was recommended. ‘Been talking about a trip to Iceland in May or maybe Rome to celebrate my friends’ 50th birthdays. That will be great! Dad would be pleased. Sorry, is pleased. 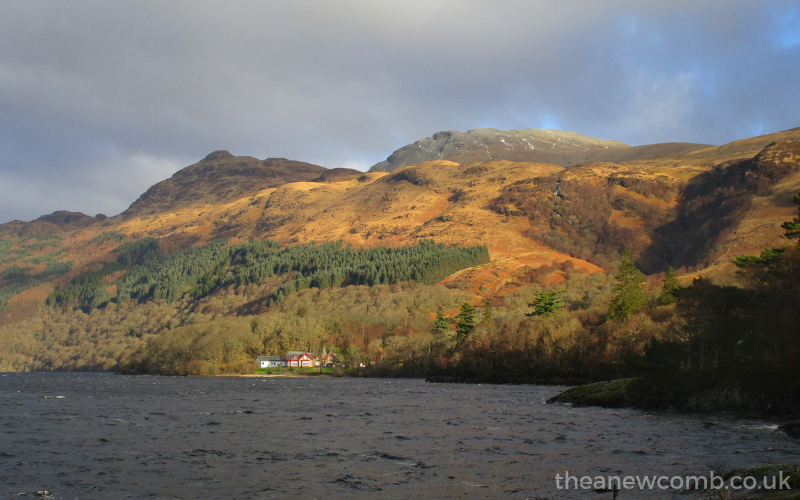 The world literally is my oyster.

Oh the places I will go. Wonder where February will take me…Watch this space to find out.

Thanks for reading. Feel free to recommend somewhere to travel for Trip two in the comments below.

Or if you’ve lost someone dear, a parent, a friend, a partner whomever, tell me what’s been helping you process things. Thanks.