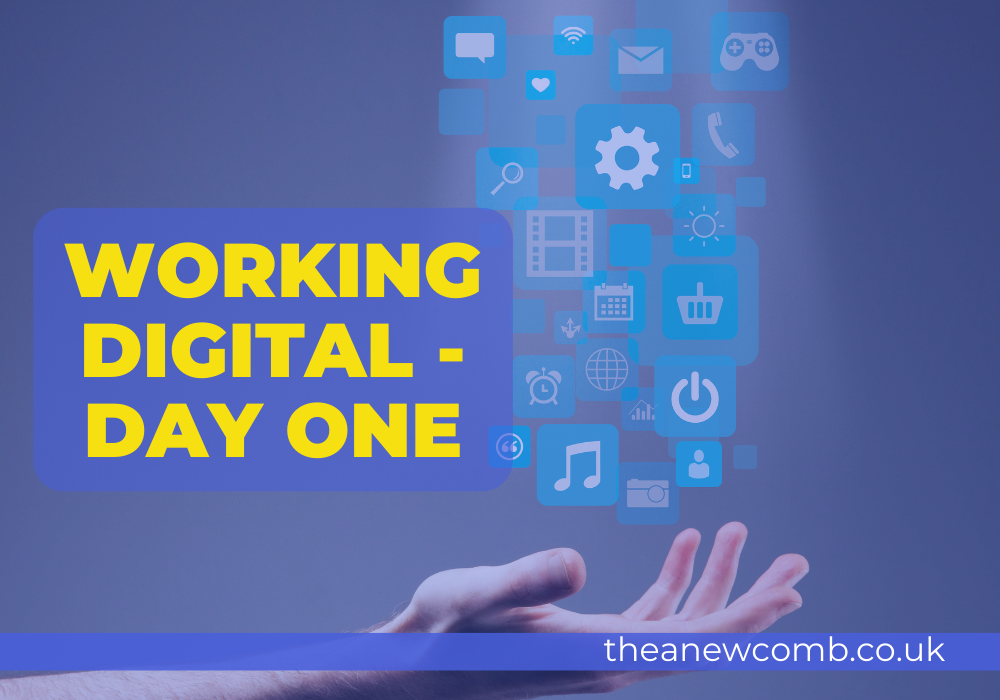 Updated 2022 for links and images… Yesterday it was great to see the culmination of months and months of behind-the-scenes-work from Gary and Colin at NSDesign. Though always on the periphery of the actual planning of the event, I still felt a part of the Working Digital process. So it was really fantastic to be there as they kicked off the event.

After Gary’s initial intro, he handed over to Social Media “guru and Author” Eric Qualman – who wrote Socialnomics (which sits above my desk where I now type), and his latest Digital Leader. – speaking via a selfie video in Boston.

To say this guy was hyperactive would be an understatement to the Nth degree (and I thought Gary talked fast). But in any event, it was a testament to Gary that he managed to attach such a big social media name to his west of Scotland event! 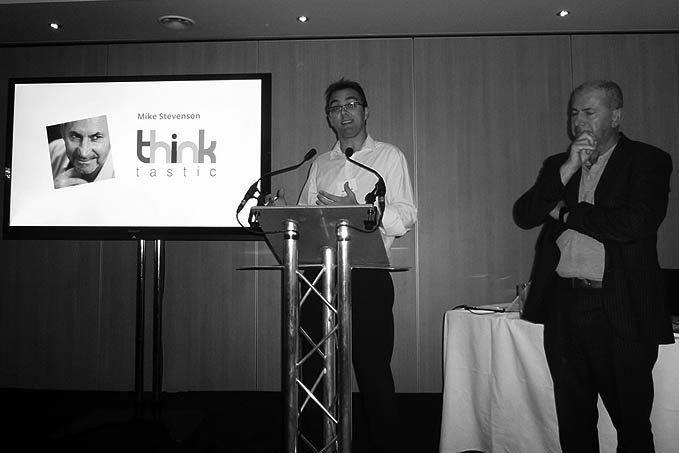 Say Hello to Mike from Thinktastic.

Up next, in the flesh was another uber-enthusiastic speaker Mike Stevenson from Thinktastic. Along with Gary two years back, I had seen Mike talk in Edinburgh at an event. Though I couldn’t have told you what he said back then, I have always remembered the FEELING that I had after his event. That feeling was of positivity. Something, that he pointed out (and I tend to agree with), that Scotland can be sorely lacking in at times.

I personally have found, in twenty-one-plus-years here that if you ask a Scot how they’re doing, invariably the most common answer is always, “Not bad”. As a predominantly positive person, that comment has always irked me, just a little. When I hear it, I tend to retort “So pretty good then?”…It’s all about the spin.

I believe some people in the room (and on Twitter) took Mike’s comments about Scotland in a slightly negative way – which was unfortunate (and only serves to prove his point). Among my favourite quotes in the world is “perspective is a mirror not a fact”.

My sentiment is “never take offence”. I believe it was Gandi that said “be the change you wish to see in the world” (though some people dispute that it was Gandi who said it). Mike is living that ethos and the world’s a better place for people like him. Positivity is contagious and unfortunately so is negativity. So surround yourself with the type of people you wish to be like. Sorry, I digress….I know.

Mike’s presentation was without slides (how old school!) and veered more to “painting pictures” in our minds. He urged us to do things “better, faster, easier” and in a “more fun” way. He also recommended that in the next 24-hours we take some sort of action toward achieving a goal. I’ve been following that advice already, and am now researching journal (diary) manufactures for some branded So You’ve Been Dumped ones. Wish me luck.

Won’t be making it down to Working Digital today but maybe tomorrow.

For now, I will follow the hashtags #AskTheExpert and #WorkingDigital and the Working Digital Online content too. How about you?

That’s a Wrap But Before You Go…

Hey so that’s a wrap on Working Digital Day One but before you shoot off, please check out my all new, super helpful tools and resources links page.